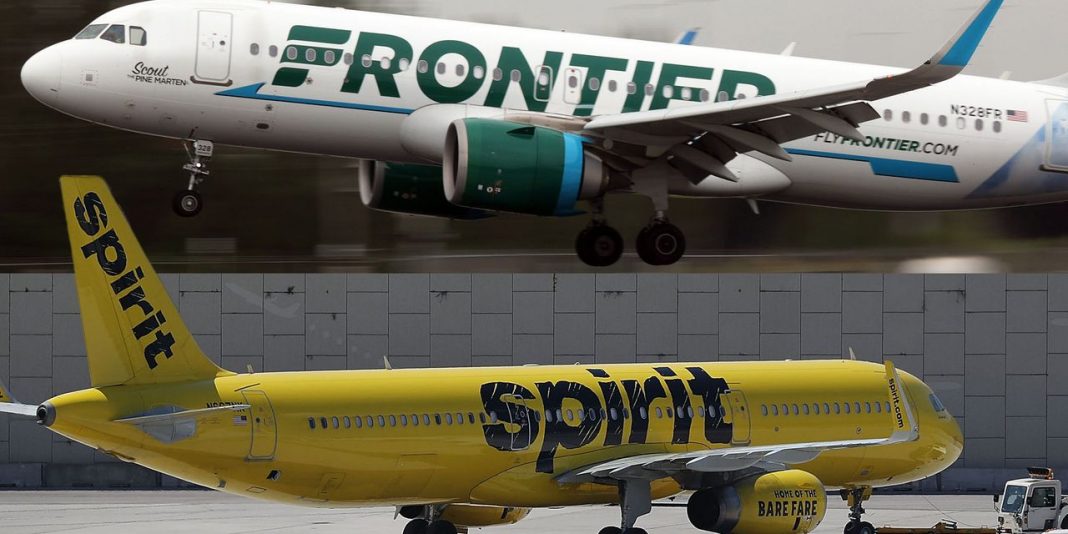 West News Wire: Several Democratic members of Congress have expressed concern that the proposed merger of Frontier Airlines and Spirit Airlines will diminish competition among low-cost carriers and raise costs during an inflationary period.

The lawmakers said previous mergers have hurt consumers and workers, and if Frontier and Spirit ever drop their budget-carrier business model, the industry “would lose an important check on prices.”

Previous mergers have harmed customers and workers, according to lawmakers, and the industry “would lose a key check on costs” if Frontier and Spirit abandon their budget-carrier business model.

Senators Elizabeth Warren of Massachusetts and Bernie Sanders of Vermont, as well as Rep. Alexandria Ocasio-Cortez of New York and five others, urged Transportation Secretary Pete Buttigieg and the head of the Justice Department’s antitrust division to closely examine the merger for potential antitrust violations and consider taking action to prevent it.

The federal agencies did not respond to a request for comment on Friday, other than to acknowledge they had received the letter.

The Biden administration has signaled that it will scrutinize mergers more closely to promote competition. In September, the Justice Department sued to block a partnership in which American Airlines and JetBlue Airways agreed to work together in the Northeast. The Trump administration had allowed that deal to go through.

Frontier and Spirit announced last month that they would combine in a $2.9 billion deal to create the nation’s fifth-largest airline by passenger-carrying capacity. Denver-based Frontier would have a controlling share.

They say their deal would help consumers by creating a more powerful low-cost competitor to American, Delta, United and Southwest, which together control about 80% of the U.S. air-travel market.

The lawmakers, however, said “Spirit and Frontier are already the two least-liked airlines in America,” and a merger could make the customer experience worse because travelers who get mistreated would have no close alternatives among discount carriers.