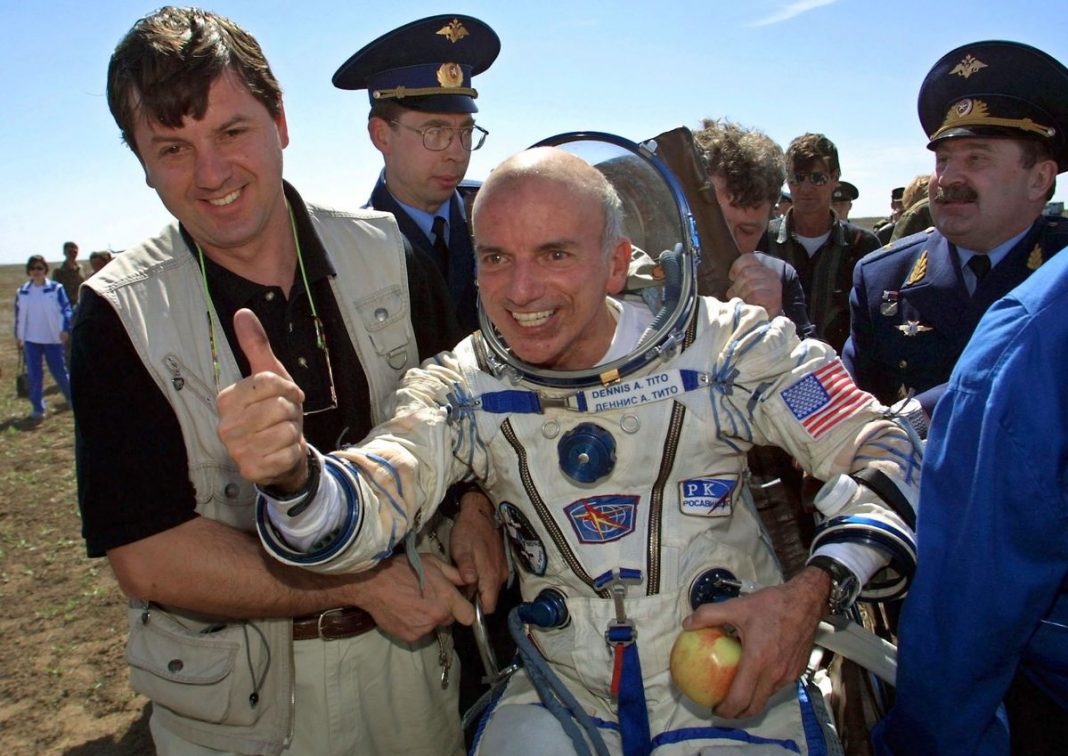 West News Wire: The first space tourist in history, Dennis Tito, has signed up to travel into space once more, but this time he wants to orbit the Moon with Elon Musk’s Starship rocket.

On Wednesday, SpaceX said that the rocket would bring Tito and his wife, Akiko, 125 miles (200 kilometers)) from the far side of the moon without making a surface touch. The week-long mission’s dates have not yet been decided. It might be years from now.

Dennis and Akiko Tito are the first two crew members for Starship’s second commercial lunar orbital voyage that have been revealed, according to a release from SpaceX. After being the first commercial astronaut to visit the International Space Station in 2001, Dennis will make his second trip into space on this mission, while Akiko will be among the first women to fly around the Moon on a Starship.”

Tito kicked off space tourism 21 years ago by becoming the first person to pay his own way into space and antagonising NASA in the process. The US space agency did not want a sightseer hanging around while the station was being built, but the Russian Space Agency needed the cash and, with the help of US-based Space Adventures, launched a string of wealthy clients to the station through the 2000s.

The couple’s contract includes an option for a flight within five years. Tito would be 87 by then, and he wanted an out in case his health falters.

“We have to keep healthy for as many years as it’s going to take for SpaceX to complete this vehicle,” Tito told The Associated Press. “I might be sitting in a rocking chair, not doing any good exercise, if it wasn’t for this mission.”

Tito’s wife, 57, said she needed no persuading. The Los Angeles residents are both pilots and said they understand the risks. They share Musk’s vision of a spacefaring future and believe a married couple flying together to the Moon will inspire others to do the same.

Tito expects he will also shatter preconceived notions about age, much as John Glenn’s space shuttle flight did in 1998. The first American to orbit the Earth went into space a second time 36 years after his first historic flight and still holds the record as the oldest person in orbit.

For Tito, it is a chance to relive the joy of his trip to the International Space Station now that he is retired with time on his hands. He is not interested in hopping on a 10-minute flight to the edge of space or repeating what he did 21 years ago. “Been there, done that,” he said.

Tito, who sold his investment company Wilshire Associates almost two years ago, said he does not feel guilty splurging on spaceflight versus spending the money here on Earth.

“We’re retired, and now it’s time to reap the rewards of all the hard work,” he said.

Tito has not said how much the trip will cost.

The couple recognises there is a lot of testing and development still ahead for Starship, a shiny, bullet-shaped behemoth that is yet to even attempt to reach space.

Tito is actually the second billionaire to make a Starship reservation for a flight around the Moon. Japanese fashion tycoon Yusaku Maezawa announced in 2018 that he was buying an entire flight so he could take eight or so other people with him, preferably artists. The two men both flew to the space station from Kazakhstan atop Russian rockets 20 years apart.

A handful of companies, including SpaceX and Richard Branson-founded Virgin Galactic SPCE.N, are striving to make space travel a reality while Jeff Bezos’s Blue Origin currently offers suborbital joyrides that hit an altitude of about 106km (66 miles) above the Earth.

William Shatner, an American actor who played captain James T Kirk on the TV series Star Trek became the oldest person to ride a rocket into space when he traveled on a Blue Origin flight last year when he was 90.