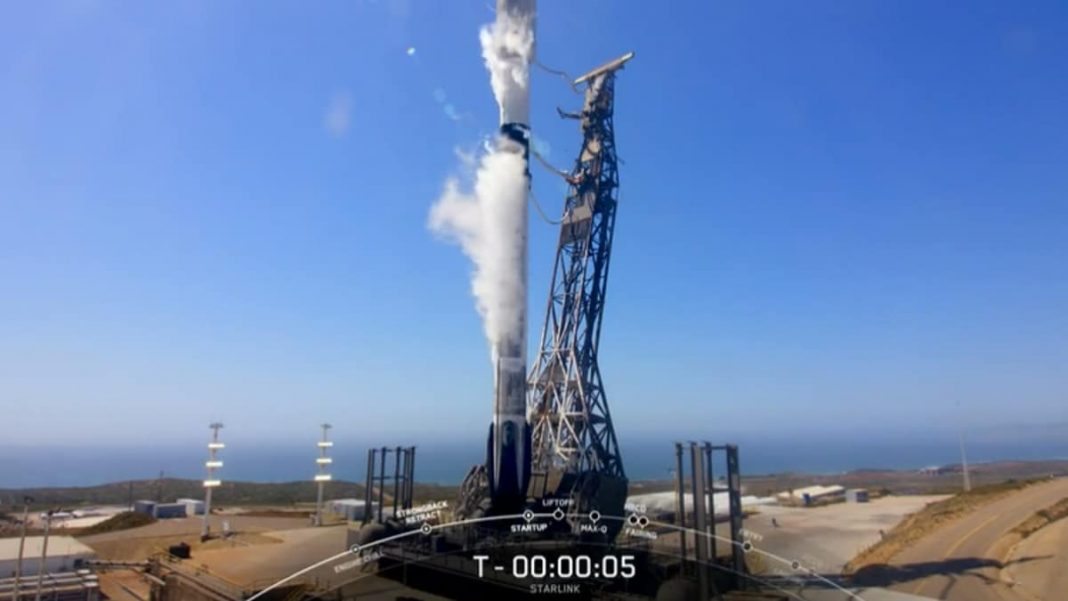 West News Wire: After blasting off from California on Friday, a SpaceX rocket delivered 53 satellites for the Starlink broadband constellation into orbit.

The Falcon 9 rocket launched at 3:07 p.m. from Vandenberg Space Force Base, and the first stage landed on a droneship in the Pacific Ocean minutes later, while the second stage continued toward low Earth orbit.

Starlink is a space-based technology that SpaceX has been developing for years in order to deliver internet connection to remote parts of the globe.

California-based Hawthorne Hundreds of Starlink satellites orbit Earth at an altitude of 340 miles, thanks to SpaceX. (550 kilometers).

SpaceX brought four astronauts home with a midnight splashdown in the Gulf of Mexico on Friday, capping the busiest stretch yet for Elon Musk’s taxi service.

The three U.S. astronauts and one German in the capsule were bobbing off the Florida coast, near Tampa, less than 24 hours after leaving the International Space Station. NASA expected to have them back in Houston later in the morning.

“That was a great ride,” said Raja Chari, the capsule commander. As for the reintroduction to gravity, he noted: “Only one complaint. These water bottles are super heavy.”

NASA’s Chari, Tom Marshburn and Kayla Barron, and the European Space Agency’s Matthias Maurer, were out of the capsule within an hour of splashdown, waving and giving thumbs-up as they were hustled away on rolling chaises for medical checks.

Their departure from the space station Thursday was bittersweet, as they embraced the seven astronauts remaining there.

“It’s the end of a six-month mission, but I think the space dream lives on,” Maurer said.

SpaceX brought up their U.S. and Italian replacements last week, after completing a charter trip to the station for a trio of businessmen earlier in April.

That amounts to two crew launches and two splashdowns in barely a month. Musk’s company has now launched 26 people into orbit in less than two years, since it started ferrying astronauts for NASA. Eight of those 26 were space tourists.