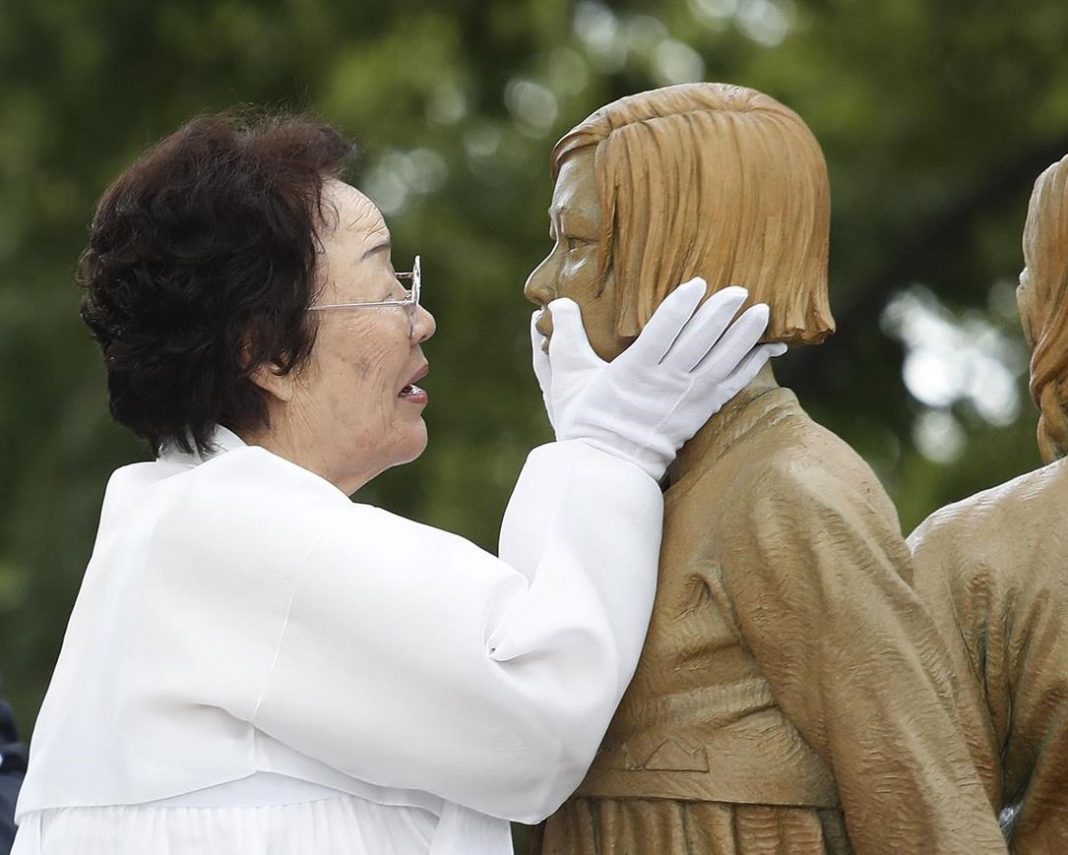 West News Wire: Lee Yong-soo thinks she’s running out of time to seek closure on her ordeal, thirty years after coming public with her narrative of abduction, rape, and forced prostitution by Japan’s wartime soldiers.

Since the early 1990s, the 93-year-old has been the face of a diminishing number of South Korean survivors of sexual slavery who have demanded that the Japanese government admit full responsibility and issue an unequivocal apology.

Her most recent and possibly final endeavor is to persuade the governments of South Korea and Japan to end their decades-long standoff over sexual slavery by petitioning the UN.

It’s unclear whether South Korea, which will swear in a new government in May, will consider bringing the matter to the U.N. when it faces pressure to improve relations with Japan amid a turbulent moment in global affairs. The country has never fought a case under such proceedings, and anything less than a lopsided victory might be seen at home as a defeat.

It’s hard for Lee to be patient when other survivors keep dying.

She worries about their plight being forgotten or distorted by Japan’s apparent efforts to downplay the coercive and violent nature of the World War II sexual slavery and exclude it from schoolbooks.

She cried as she described how she was dragged from home as a 16-year-old to serve as a sex slave for Japan’s Imperial Army, and the harsh abuse she endured at a Japanese military brothel in Taiwan until the end of the war a story she first told the world in 1992.

“Both South Korean and Japan keep waiting for us to die, but I will fight until the very end,” Lee said in a recent interview at The Associated Press office in Seoul, across the street from the Japanese Embassy. She said her campaign is aimed at pressuring Japan to fully accept responsibility and acknowledge its past military sexual slavery as war crimes and properly educate its public about the abuses, through textbooks and memorials.

“I think time has so far waited for me so that I can clinch my teeth and do everything that I can to resolve this issue,” Lee said.

Grievances over sexual slavery, forced labor and other abuses stemming from Japan’s brutal colonial rule of the Korean Peninsula before the end of World War II have strained Seoul-Tokyo relations in recent years as the animosities spilled over to trade and military cooperation issues. The disputes have frustrated Washington, which wants stronger three-way cooperation with its Asian allies to confront challenges posed by North Korea and China.

A U.N. report from 1996 concluded that sex slaves were taken through “violence and

South Korea can either file a complaint against Japan with the convention’s committee against torture or sue Japan at the ICJ for violations of the convention, said Ethan Hee-Seok Shin, an international law expert who is helping with Lee’s efforts. In handling disputes between countries, the convention allows for any one party to refer the matter to the ICJ if the countries can’t agree within six months on an arbitration panel. ICJ decisions are binding upon U.N. member states.