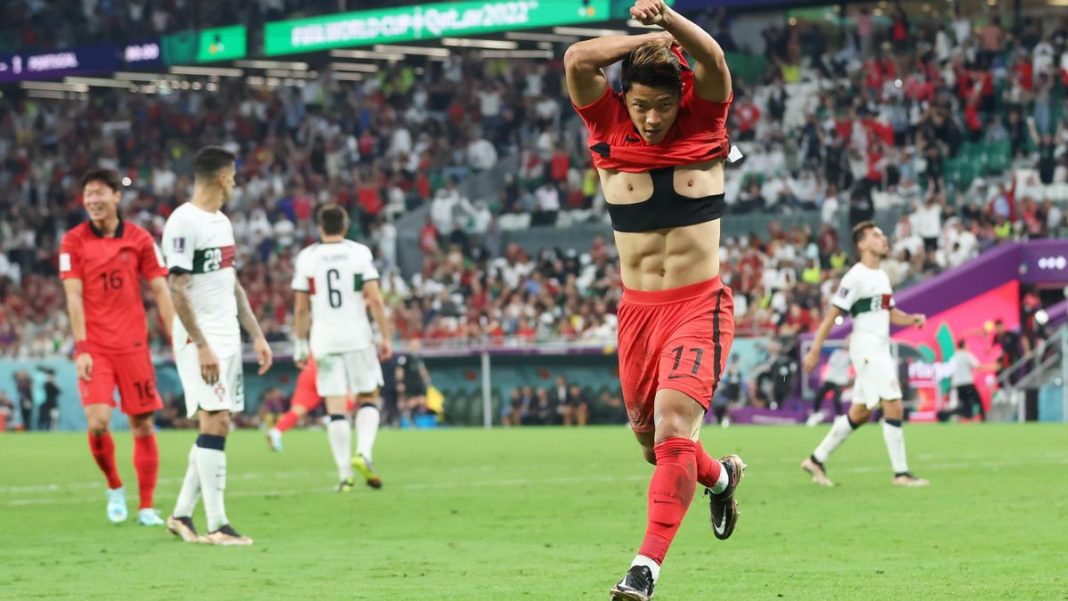 West News Wire: South Korea advanced to the Round of 16 of the World Cup with a 2-1 victory over Portugal at Qatar’s Education City stadium thanks to a goal by Hwang Hee-chan in the 90th minute.

Son Heung-min, the team’s captain, ran the full length of the field while in possession to assist Hwang before he scored.

After five minutes, Portugal took the lead thanks to Ricardo Horta.

Eight minutes after the final whistle blew did South Korea learn their fate in Group H because Uruguay’s 2-0 victory against Ghana was not enough to give Son’s team the advantage on goal differential.