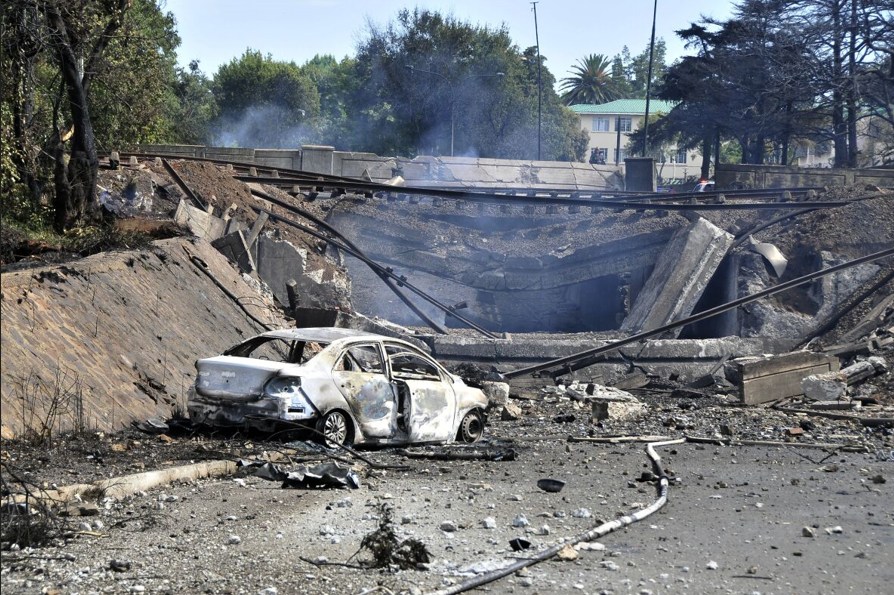 West News Wire: At least 8 people were killed and 50 others were injured when a truck carrying liquified petroleum gas exploded in the South African town of Boksburg, east of Johannesburg, according to officials.

Emergency services officials said that the truck’s top scraped a low-lying bridge, igniting flames that led to the explosion.

Residents posted videos of the violent explosion on social media, showing people sprinting away from the fire and cars swerving abruptly away. Local reports state that the explosion has destroyed a number of homes and automobiles.

The O.R. Tambo Memorial Hospital, where some of the injured were being treated, was reportedly receiving gas from the tanker. Due to the explosion, patients in certain hospital units had to be evacuated.

“Walking through here was just a sight of absolute devastation, I have never seen something like this ever before,” local resident Simon Lapping, told the local Citizen newspaper. He said he saw the bodies of six adults and two children.

The incident will be investigated, said Tania Campbell, the mayor of Ekurhuleni, the municipality which includes Boksburg.

“The disaster management cluster is on-site assisting the victims of this tragedy and assessing the cause of the accident,” she said. “On behalf of the city, the office of the executive mayor commits itself to assisting all role-players in ensuring that a comprehensive investigation takes place and those who are liable are brought to book.”