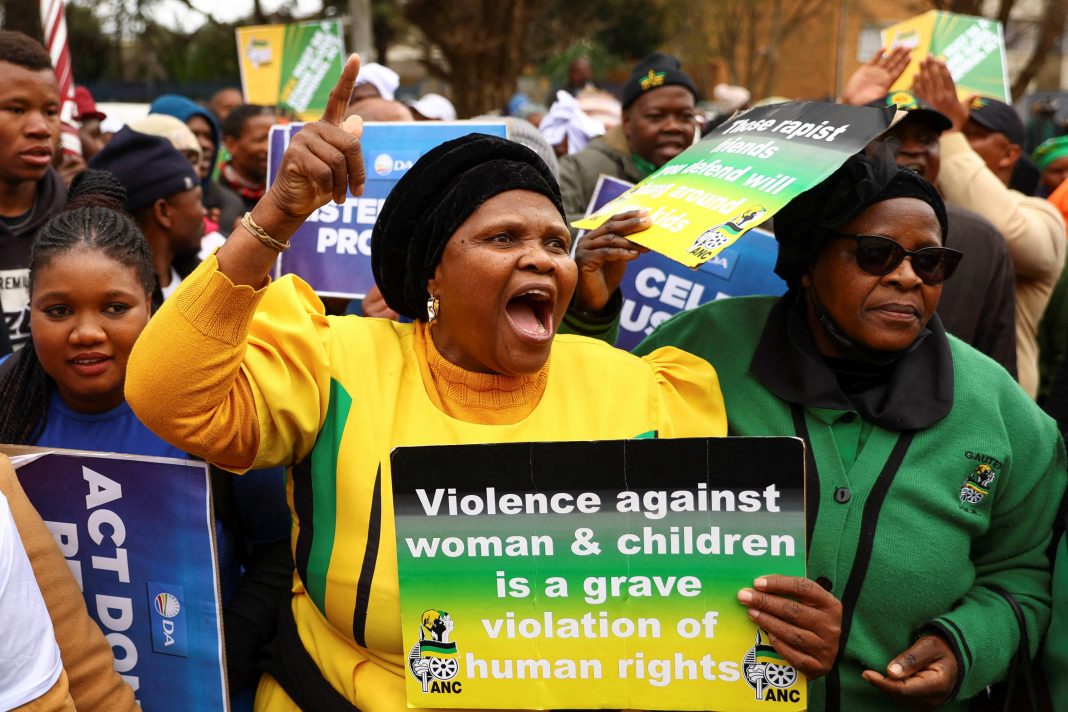 West News Wire: On Monday, more than 120 suspects who had been detained after eight South African women were gang-raped made their court appearances. The police minister called the attack “the shame of the nation.”

On Thursday, a group of armed men broke into a music video shoot taking place close to a mine dump in Krugersdorp, a tiny town west of Johannesburg.

In a shocking occurrence that horrified the nation, which has one of the highest crime rates in the world, eight young actresses were sexually assaulted.

At a press conference on Monday, Police Minister Bheki Cele said, “What happened in Krugersdorp is just a shame of the nation,” adding that some of the victims might experience long-term effects.

“Some of those destructions are permanent with those kids.”

The gang attacked the crew and cast while they were offloading equipment and preparing the set, according to police.

Police have blamed illegal immigrants working in mines known locally as Zama Zama and arrested 84 people during a swoop in the area.

Two more suspects were killed in a shootout with police and a third was wounded and taken to a local hospital, police said.

On Monday, those held started to appear before a court on charges of entering the country illegally and possessing stolen goods.

National Police Chief Fannie Masemola said a probe would establish if the suspects were linked to the rape. No one has been charged as yet over the sexual assaults.

A small group of demonstrators gathered outside the court demanding swift justice. Some held signs reading “No bail for rapists”, “Am I next?” and “My body is not a crime scene”.

The incident has fuelled an ongoing debate on whether to introduce chemical castration for rapists.

It has also piled pressure on Cele, with critics contending law enforcement agencies are ill-equipped to tackle crime in the country, which has some of the highest murder rates in the world and has recently been hit by a spate of deadly shootings.

In his Monday weekly newsletter, President Cyril Ramaphosa said the “horrible acts of brutality are an affront to the right of women and girls to live and work in freedom and safety” as he declared “rapists have no place in our society”.