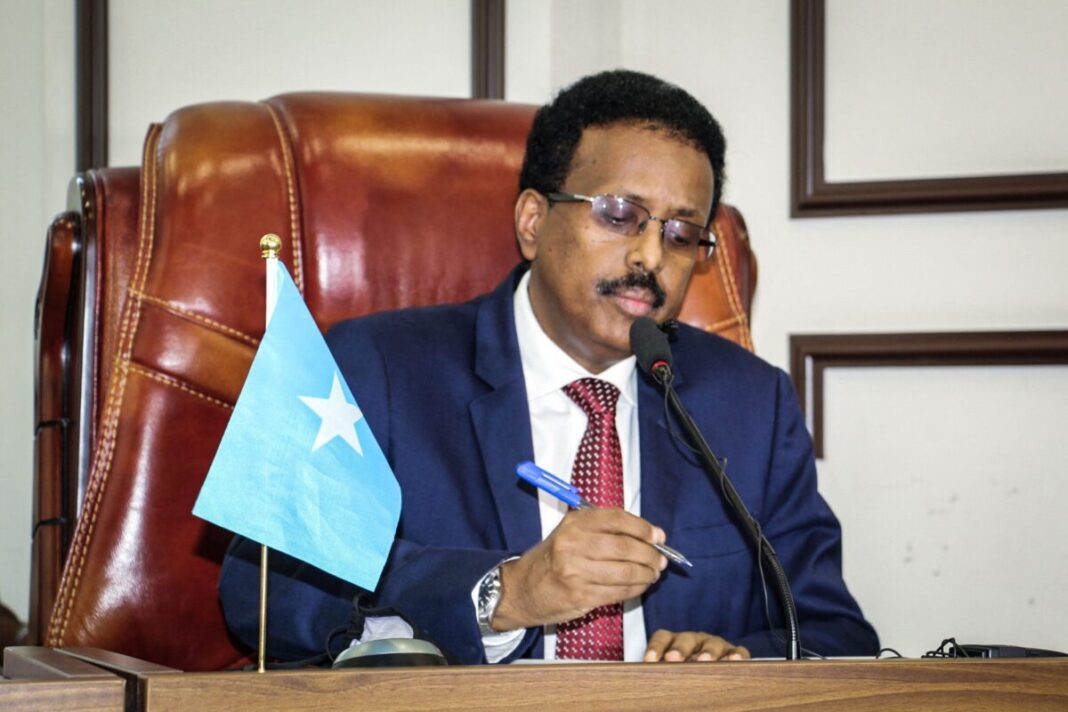 The months-long spat has seen both leaders trade accusations over the postponement of parliamentary elections, and is largely perceived as diverting the government’s attention away from tackling an Islamist insurgency in the Horn of Africa country.

It will also raise concerns about the possibility of further conflicts between factions in either side’s security forces, forcing the US to issue an appeal for calm.

President Mohamed Abdullahi Mohamed has accused Prime Minister Mohammed Hussein Roble of taking land from the Somali National Army (SNA) and interfering with an investigation by the defense ministry.

It added that the marine forces commander was also under investigation for corruption and had been suspended.

In response, Roble said the move was unconstitutional and aimed at derailing an ongoing election. He also ordered the security forces to start taking orders from him, instead of the president.

The steps taken by Mohamed “were an open coup attempt against the government and the national constitution”, Roble said in a statement posted on the Facebook page of Somalia state news agency SONNA.

The aim of the illegal, crooked steps is to derail the election and illegally remain in office.

Roble’s office also called the statement “outrageous”, saying on Twitter the attempt to “militarily take over” the office of the prime minister was in breach of the law.

Somalia, which has had only a limited central government since 1991, is trying to reconstruct itself with the help of the United Nations and to fight the al Qaeda linked al-Shabab armed group.