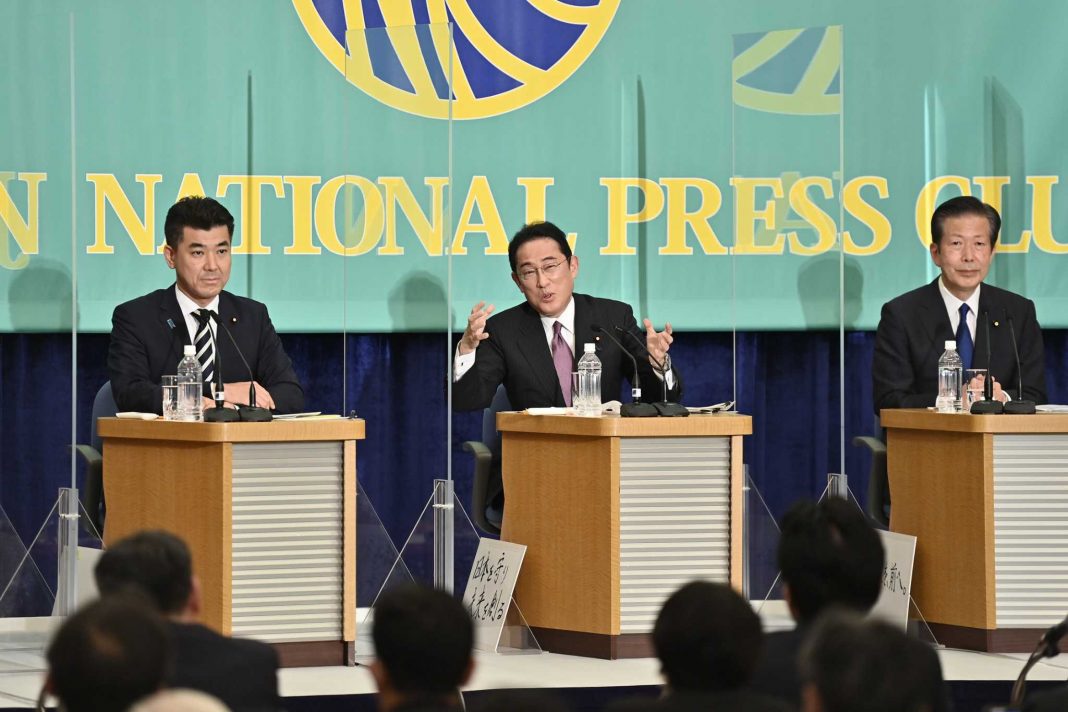 West News Wire: In the midst of rising tensions over territorial disputes and Beijing’s increased military activity around Japan, Japanese Prime Minister Fumio Kishida said Tuesday that talks with China’s leader are critical to regional and international peace and stability.

“It is critical to maintain stable and constructive relations” between Japan and China, Kishida said ahead of the July 10 parliamentary elections in Tokyo.

When asked about a possible summit with Chinese President Xi Jinping in September to commemorate the 50th anniversary of diplomatic relations between the two countries, Kishida said “dialogue is important.” I’d like to be able to think in concrete terms.”

China’s increasingly assertive military activity in the East and South China Seas poses a threat to some of the world’s busiest shipping lanes, according to Japan.

Japan is especially concerned about Chinese military and coast guard activity in the East China Sea near the Japanese-controlled Senkaku islands, which Beijing also claims and calls Diaoyu.

Japan’s government said Tuesday it protested to Beijing after finding that China has set up a new oil drilling rig in a contested area of the East China Sea.

Asked about a possible meeting with new South Korean President Yoon Suk Yeol when both leaders are invited to the June 29-30 NATO summit in Madrid, Kishida said nothing has been decided, “but dialogue is important.”

Kishida said stable relations between the two sides depend on efforts by Seoul to settle their disputes, including one over South Korean court decisions awarding compensation to wartime Korean workers in Japanese factories.

Kishida also said he will prioritize policies to ease surging energy and food prices triggered by Russia’s invasion of Ukraine.

Official campaigning for the election for about half of parliament’s upper house, the less powerful of its two chambers, begins Wednesday. More than 500 candidates are expected.

Kishida’s governing Liberal Democratic Party has included a sharp increase in military capability and spending in its campaign platform.

“I will protect the people’s lives and livelihoods,” said Kishida, who with popular support ratings of around 60% is expected to lead his party to victory. That could allow him to stay in power uninterrupted by another election for up to three years.

Kishida has largely maintained his popularity by avoiding divisive policies while being helped by the slowing of COVID-19 infections and growing concerns about security issues following Russia’s Ukraine invasion, experts say.