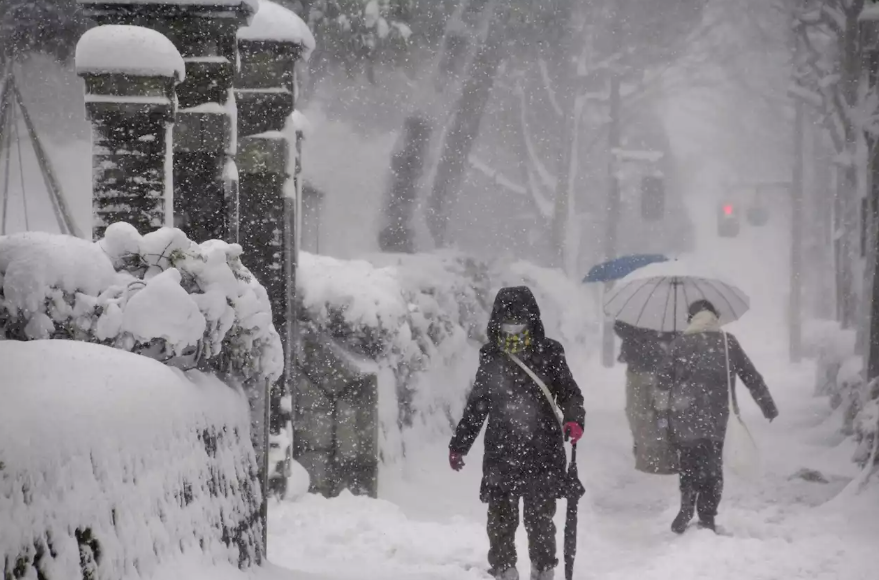 West News Wire: According to emergency management experts, heavy snowfall in wide parts of Japan has caused 17 fatalities, more than 90 injuries, and the loss of power in hundreds of houses.

Since last week, strong winter fronts have dropped a lot of snow in northern regions, stranding hundreds of cars on the roads, holding up deliveries, and killing 11 people by Saturday. By Monday morning, the Fire and Disaster Management Agency reported that 17 people had died and 93 people had been injured as a result of more snowfall over the Christmas holiday. Many of them were buried beneath high mounds of snow that was sliding off rooftops or had fallen while clearing snow off the roofs.

Residents in the snow-covered areas were asked by municipal offices to use caution when clearing snow and to stay home.

The disaster management agency said a woman in her 70s was found dead buried underneath a thick pile of rooftop snow that suddenly fell on her in Yamagata prefecture’s Nagai City, about 300 kilometers (180 miles) north of Tokyo, where snow piled up higher than 80 centimeters (2.6 feet) Saturday.

In Niigata, known for rice growing, some makers of mochi, or sticky rice cakes that are staple for New Year’s celebration meals, said there have been delivery delays and their mochi may not reach their customers in time.

Many parts of northeastern Japan reported three times their average snowfall for the season.

Heavy snow knocked down an electric power transmission tower in Japan’s northernmost main island, leaving about 20,000 homes without power on Christmas morning, though electricity was restored in most areas later that day, according to the economy and industry ministry.

Dozens of trains and flights were also suspended in northern Japan through Sunday, but services have since mostly resumed, according to the transportation ministry.