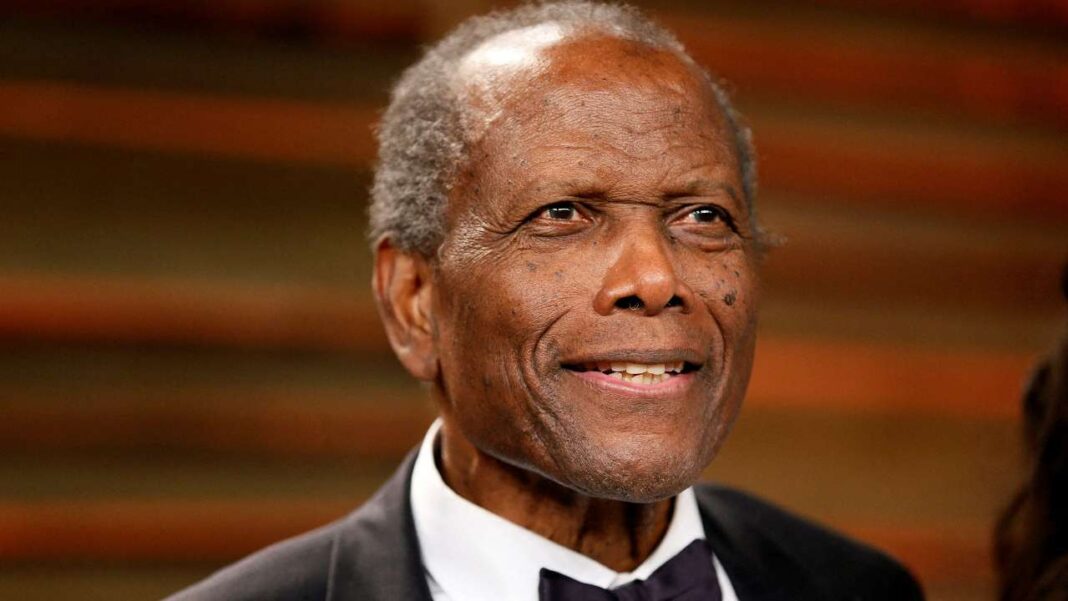 West News Wire: Sir Sidney Poitier, the first black man to receive an Academy Award for best actor for his role in Lilies of the Field, has died at the age of 94.

In 1964, the renowned Hollywood performer created history at the Academy Awards, and he went on to star in scores of films and television series.

In The Heat Of The Night, To Sir, With Love, and Guess Who’s Coming To Dinner were among his flicks.

“They call me Mister Tibbs,” he said in the first of them, which was released in 1967.

Stir Crazy, Hanky Panky, and Ghost Dad are just a few of the films he directed.

Sir Sidney was largely regarded as the first significant black Hollywood actor, with many of his film roles exposing challenges that black people faced at the time.

He was an international diplomat as well as an award-winning performer, serving as the Bahamas’ ambassador to Japan from 1997 to 2007 and to UNESCO from 2002 to 2007.

In 1974, he was knighted, and in 2009, Barack Obama bestowed the highest civilian honor in the United States on him: the Presidential Medal Of Freedom.

“Through his trailblazing roles and extraordinary skill, Sidney Poitier personified decency and elegance, showcasing the potential of film to bring us closer together,” Mr. Obama said on Twitter.

“He also opened doors for a generation of actors. Michelle and I send our love to his family and legion of fans.”

Sir Sidney also served on the board of the Walt Disney Company in the 1990s and early 2000s.

David Rubin, the president of the Academy of Motion Picture Arts and Sciences  which awards the Oscars “Though this is a sad day, it’s also an opportunity to celebrate a life well lived and a hugely influential man on a global level.

“He was a legendary and groundbreaking actor, a civil rights activist and he paved the way for black actors and for many others in the film industry and I think culturally as well.”

“Both in terms of pursuing his acting career  he first arrived in the States with a heavy accent and no acting training and he was committed to great achievement.

“And then he used his celebrity in wonderful socially active ways and at the same time that the civil rights movement was gaining foothold in the States.

“So his influence was immense.”

Star Trek actor George Takei was among the first to pay tribute to Sir Sidney, tweeting: “The star of Guess Who’s Coming To Dinner and Lilies of the Field, for which he won Best Actor, was a trailblazer who will be mourned by so many for whom he opened the very doors of Hollywood.”

Born in Miami to Bahamian tomato farmers in 1927, he spent his early years living in the Caribbean country, giving him dual US-Bahamian citizenship.

He got his start on stage in the late 1940s, and just a few years later he was a regular on the big screen.

Sir Sidney’s cause of death has not yet been announced.