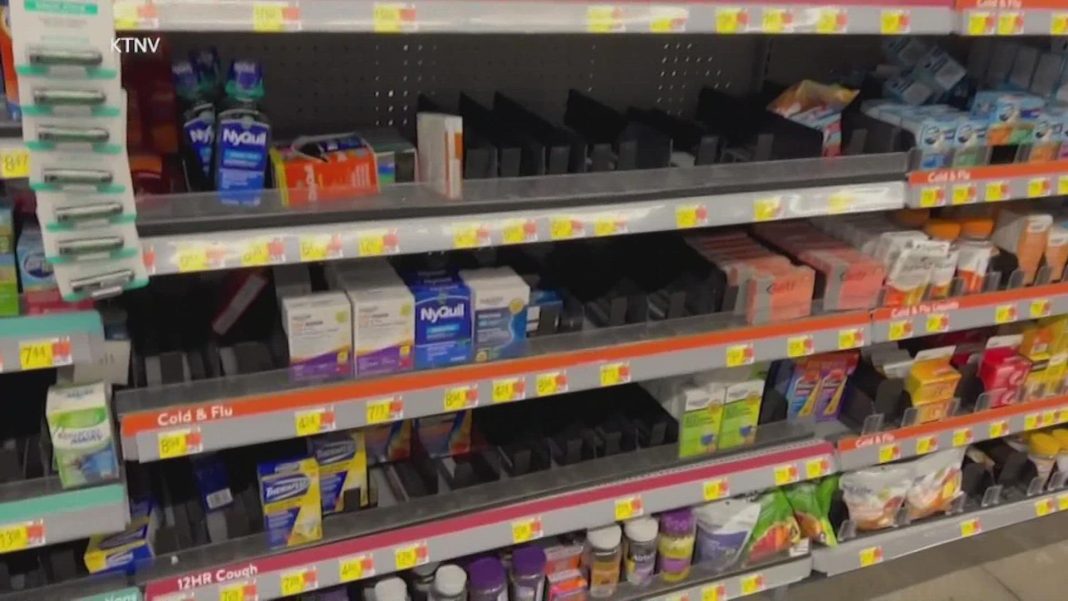 West News Wire: Due to shortages of Children’s Tylenol and other medications, caring for ill children has recently become even more distressing for many American parents.

Although the issue may endure into the wintertime cold and flu season, doctors and other experts say it shouldn’t last as long as other recent shortages of baby formula or prescription medications.

Additionally, they claim that in the event that store shelves are empty, parents have options.

The annual flu season in the United States began unusually quickly this year, and there was an increase in other respiratory ailments, which led to an increase in demand for over-the-counter medications like fever reducers.

“There are more sick kids at this time of year than we have seen in the past couple years,” said Dr. Shannon Dillon, a pediatrician at Riley Children’s Health in Indianapolis.

Experts say that’s the main factor behind the shortages, which vary around the country and even within communities.

“At this point, it’s more like toilet paper at the beginning of the (COVID-19) pandemic,” Dillon said “You just have to look in the right place at the right time.”

Drugmaker Johnson & Johnson says it is not experiencing widespread shortages of Children’s Tylenol, but the product may be “less readily available” at some stores. The company said it is running its production lines around the clock.

In the meantime, CVS Health has placed a two-product limit on all children’s pain relief products bought through its pharmacies or online.

Aside from over-the-counter products, the prescription antibiotic amoxicillin also is in short supply due to increased demand, according to the Food and Drug Administration. The drugis often used to treat nose and throat infections in children.

Check first for alternatives in the store if some products aren’t available. Generic versions of brand-name products are “perfectly safe and often a much more affordable option,” Dillon said.

Other stores nearby also may have better options. Manufacturers say there are no widespread national shortages of these medications, according to the Consumer Healthcare Products Association.

A family doctor may know which stores have decent supplies.

A doctor also may be able to tell parents whether they can try alternatives like crushing the proper dose of a pill version and mixing it with food or chocolate syrup. Doctors say parents or caregivers should not try this on their own, because determining proper doses for children can be tricky.

“You don’t need to experiment at home,” said Dr. Sarah Nosal, a South Bronx family physician. “Your family doctor wants to talk to you and see you.”

Doctors also caution that fevers don’t always have to be treated. They are a body’s natural defense against infection, and they make it hard for a virus to replicate.

Dillon noted, for instance, that a fever may not be intrinsically harmful to older children. However, parents should take a newborn under 2 months old to the doctor if the child has a fever of 100.4 degrees or more. And doctors say any child with a fever should be monitored for behavior changes.

Instead of medicine, consider giving the child a bath in lukewarm water. Cold water makes the body shiver, which can actually raise the temperature.