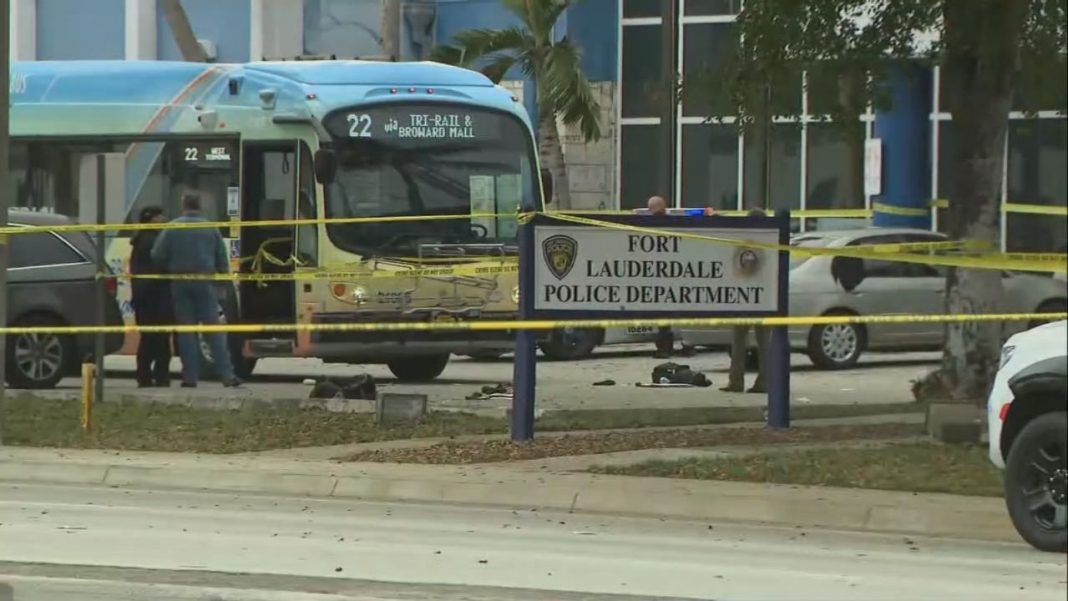 West News Wire: According to Fort Lauderdale Fire Rescue, one person died and three others were taken to the hospital after being shot inside a Broward County Transit bus, according to authorities.

A car accident occurred as a result of the incident, injuring three other people. They were treated on the spot by paramedics.

The incident occurred in the 1300 block of Broward Boulevard, in front of the Fort Lauderdale Police Department building, according to investigators.

The bus came to a halt in the police department’s parking lot.

This was not an officer-involved shooting, according to police.

Just after 3:40 p.m., 7Skyforce hovered above the scene as officers surrounded the bus with crime scene tape to investigate. One person was seen being taken into custody several feet from the bus.

The injured were transported to Broward Health Medical Center, and at least two of them were trauma alerts, said FLFR.

Officials said the bus driver was not hurt.

Police officers were placed on every intersection between the police station and the hospital to help first responders transport those who were wounded. Bridges were down in the area to assist in the transport.