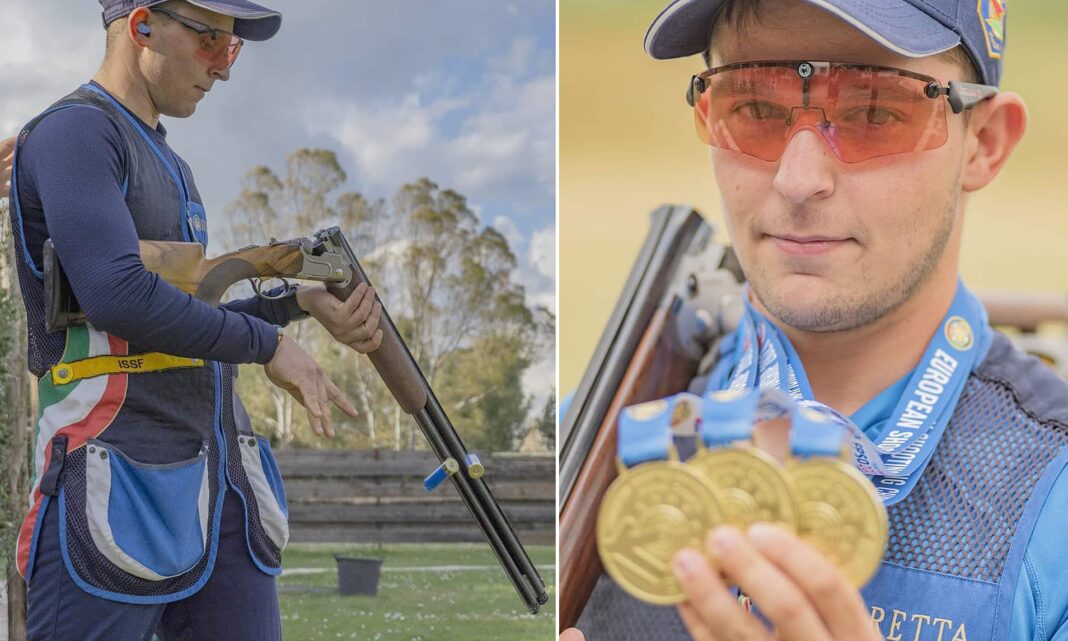 West News Wire: The World Shooting Junior Champion was killed in a bizarre accident while trekking with friends on Thursday when he inadvertently shot himself.

Ghilli, on the other hand, reportedly shot himself in the stomach while trekking with friends and died later in the hospital.

When the disaster happened, Ghilli and his pals were hiking at Montecatini Val di Cecina in Pisa, Italy. According to the Mirror, while picking up a few old cartridges, his rifle accidently shot a round into his stomach.

His friends immediately called for help and Ghilli was rushed to a nearby hospital where he was immediately operated on in an attempt to stop the internal bleeding. Unfortunately, he died shortly after on Thursday evening when doctors were unable to stop the bleeding.

The president of the Italian Shooting Federation, Luciano Rossi, quickly released a statement to local media.

“Last October the young skeet player was crowned World Champion in teams and in the Mixed Team, accompanying the gold with a third individual place in the World Cup in Lima, Peru,” he said.

“In May 2021 he had won gold in the individual, team and Mixed Team competition in the European Championship in Osjiek in Croatia. With respect, silence, condolences in the face of a tragedy that leaves everyone upset. May the earth be light to you, Cristian.”

Accidental shootings are one of the most common causes of death and kill nearly 500 people in the United States every year, according to the Educational Fund to Stop Gun Violence.

In one study, researchers found that nearly 14 percent of unintentional gun deaths occur while hunting while 28 percent involve children playing with a gun. An additional 17 percent occurred while individuals believed the gun was not loaded.