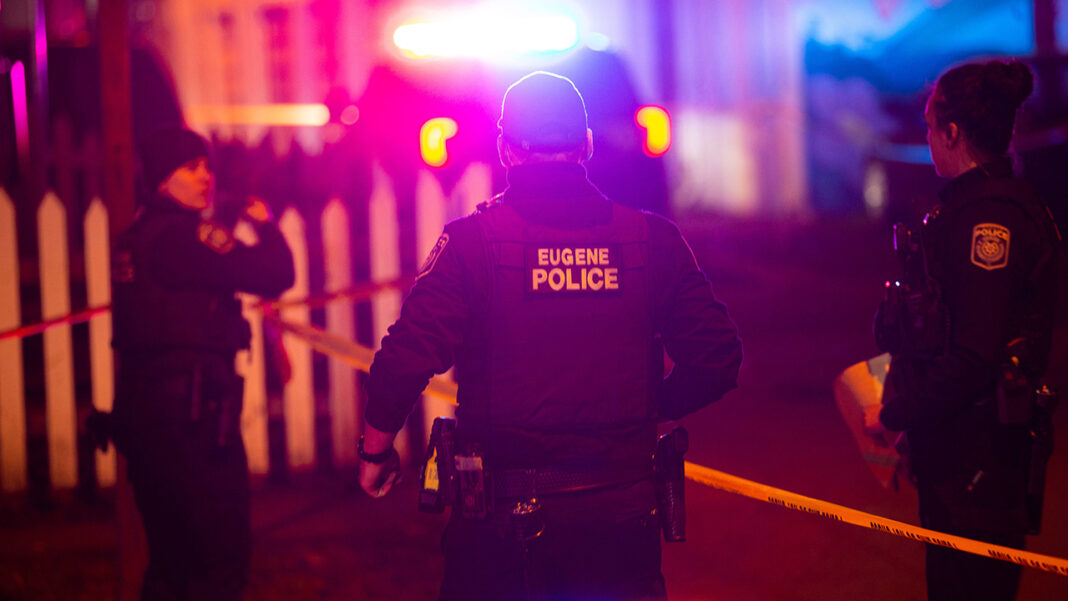 West News Wire: A shooting at a music venue in Eugene, Oregon, sent six people to the hospital, according to police.

Multiple bullets were fired outside WOW Hall, where Lil Bean and Zay Bang were playing, at 9:29 p.m. Friday.

Eugene Springfield Fire, as well as the Eugene Police Department and other law enforcement organizations, reacted.

One of the six victims is in severe condition, according to Eugene Police Department Chief Chris Skinner, who spoke at a press conference early Saturday.

Although police are unsure if the gunshot was random or targeted, Skinner said it was “one of the more high-profile shootings we’ve had in Eugene.”

At this moment, no fatalities have been recorded.

Police are looking for a single suspect, thought to be a male in a hoodie who was last seen running westbound away from the scene, Skinner said. The police chief added that he does not believe there is a broader safety risk to the community, but emphasized the suspect is still likely armed and dangerous.

“You may have heard that there was a shooting outside the WOW Hall tonight at the ‘Lil Bean + Zay Bang’* concert,” WOW Hall’s Board Chair Jaci Guerena and Interim Executive Director Deb Maher said in a statement on the venue’s website. “There is not much information currently available however we heard gunshots in the back parking lot. The motives are not yet known. We do know that some people were injured, but we do not know the extent of the injuries, and we do not want to speculate.”

All classes held at the WOW Hall are canceled until further notice, they said.

“We at the WOW Hall want to thank all first responders who came so quickly to ensure everyone’s safety and administer first aid. We believe all staff and volunteers are safe and accounted for. This is unprecedented at the WOW Hall. The police are investigating. If we receive additional information, we will try to make it available,” Guerena and Maher added.

The shooting is under active investigation.