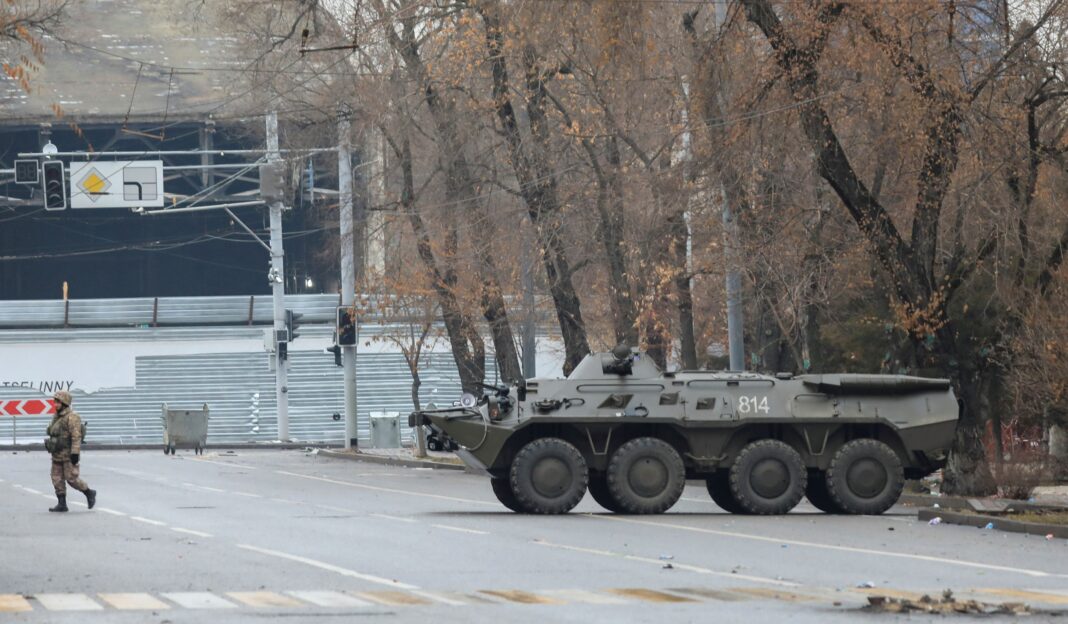 West News Wire: Kazakhstan’s president claimed Friday that he has instructed his military to “shoot to kill without warning” in an attempt to put a stop to anti-government rallies that have raged since the weekend.

The first “peacekeeping” soldiers from a Russia led military coalition landed in the resource rich Central Asian country of 19 million people, after its ailing leader’s call for outside intervention amid huge demonstrations over a decaying political system and significant energy price spikes.

“What negotiations could there be with criminals and murderers? We had to deal with armed and trained bandits and terrorists, both local and foreign. Therefore, they need to be destroyed, and this will be done in the near future,” he said in a televised address.

The death toll climbed to at least 26 demonstrators and 18 members of the security forces, according to the government, with some 3,000 people reportedly detained as of early Friday. At least one police officer was found decapitated, the Associated Press reported