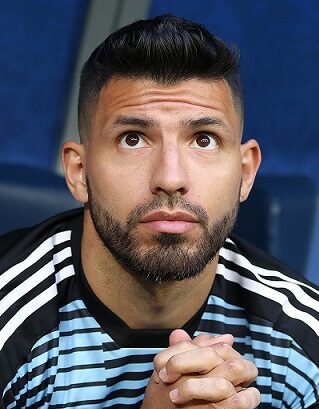 West News Wire: Sergio Aguero, 33, has announced his immediate retirement from football due to health concerns.

After leaving the pitch while holding his chest during a match for his team Barcelona in October, the Argentine striker received cardiac tests.

Aguero emotionally announced at a news conference on Wednesday that he has decided to retire after having his condition evaluated.

“I’d prefer to stay here and continue assisting my teammates,” he explained, “but things happen for a reason.”

Aguero stated he decided to stop playing 10 days ago after being told there was a good chance he wouldn’t be able to play again.

On Wednesday, he was welcomed at Barcelona’s Camp Nou Stadium by his teammates, club officials, relatives, and previous players.

Despite only joining Barcelona this year from English champions Manchester City, the 33-year-old is one of the world’s most well-known players

Aguero made his name in the Premier League, scoring 184 goals – the most by any overseas player – as well as 12 hat-tricks.

In total, he netted 260 times for City, including a dramatic stoppage-time winner against Queens Park Rangers that clinched the Premier League on the final day of the 2011-12 season.

“Kun” Aguero had only moved to England in 2011 from Atletico Madrid after a sparkling young career in Spain and his native Argentina.

He was one of the youngest players to make his debut in Argentina’s top division, at the age of 15 for Independiente, and had spoken about potentially finishing his career there.

Aguero also scored 41 times for his country in 97 matches, as well as winning the 2021 Copa America, a gold medal in Beijing in 2008, and two world titles with Argentina’s youth teams.

However, the striker had suffered from injuries in previous years and had only played five times for Barcelona before being forced to leave the field on October 30 during their La Liga encounter against Alaves.