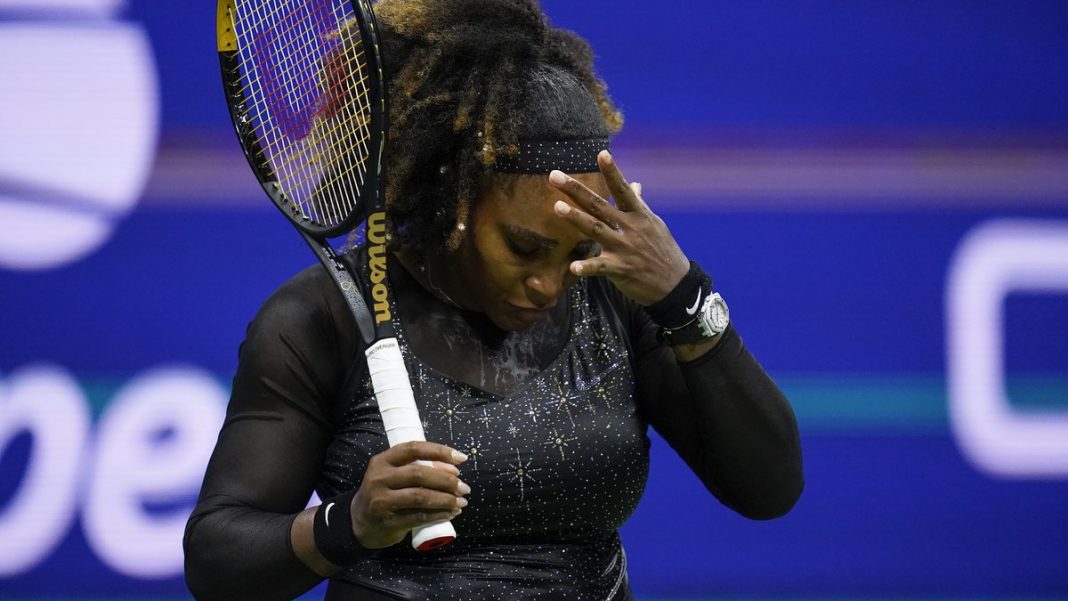 West News Wire: As she presumably put an end to her illustrious career at the US Open on Friday, Serena Williams stated that she wanted to be remembered as a fighter and that she was pleased of the influence she had on tennis.

When Serena was defeated by Ajla Tomljanovic in the third round on Friday, she said an emotional farewell to Flushing Meadows.

The very competitive Williams has always found defeat difficult to accept, so she was undoubtedly deeply hurt by her 7-5, 6-7, 6-1 loss to the 46th-ranked Australian.

Her three victories at the US Open this year, highlighted by a victory over world No. 2 Anett Kontaveit in the second round, were a gift to her admirers. They showcased the tenacious, never-say-die spirit that made her tennis’s dominant player for more than a decade on display right until the very final point.

“Clearly I’m still capable,” Williams told reporters after her loss. “But it takes a lot more than that. I’m ready to be a mom, explore a different version of Serena. Technically in the world, I’m still super young, so I want to have a little bit of a life while I’m still walking. I have such a bright future ahead of me.

“The fight, I’m such a fighter,” she said when asked how she wanted to be remembered following her third-round loss.

“I feel like I really brought something to tennis, a different look, the fist pumps, the just crazy intensity. Passion is a really good word.”

On the court, she thanked her family, friends and fans for an “incredible journey”.

“Honestly I am so grateful that I had this moment and that I’m Serena.”

The 23-time Grand Slam champion singled out the 2015 French Open, where she battled through serious flu symptoms to complete her second “Serena Slam” four consecutive Grand Slam titles as a career highlight.