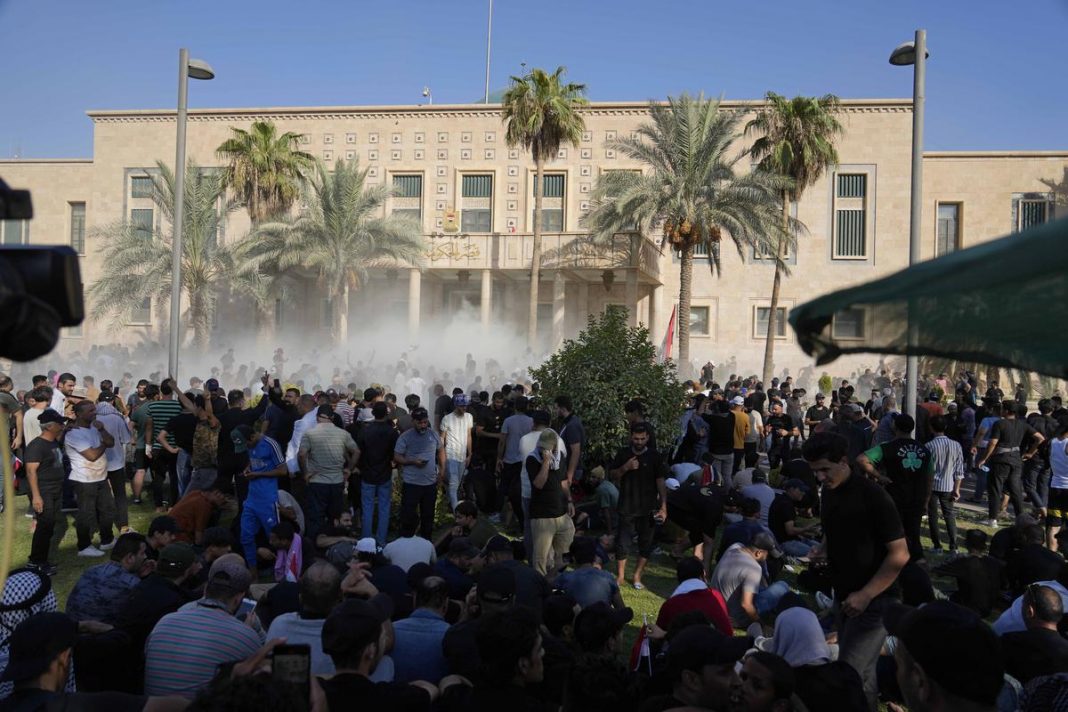 Later on Monday, at 19:00 local time (1600 GMT), the Joint Operations Command of Iraq imposed a complete curfew in the capital city of Baghdad until further notice, according to state news agency INA. In order to prevent conflicts, it also asked the demonstrators to leave the Green Zone.

Twelve people have already died and up to 270 more have been hurt in skirmishes in the capital city of Baghdad, according to sources among the Iraqi medical community and the police.

Over the past two weeks, tensions have risen as a result of thousands of Sadr’s supporters storming and occupying the country’s parliament and preventing the formation of a government nearly 10 months after the last elections.

Earlier on Monday, Sadr announced that he is quitting political life and closing his political offices.

In his statement, Sadr also attacked his political opponents, saying that they had failed to heed his calls for reform.

Iraq has been in a political deadlock since last October’s general elections. Rival parties have failed to agree on the formation of a new government, leading to protests and occupation of parliament.

The political bloc led by prominent cleric Muqtada al-Sadr emerged as the biggest parliamentary faction in the election, but fell short of an absolute majority needed to form a government, causing the existing political stalemate in the country.

In June, all 73 legislators of the bloc quit their seats in a move seen as an attempt to pressure political rivals into expediting the formation of a government.

Ebrahim Raeisi, the president of Iran, urged all political groups in Iraq on Monday to resolve their disagreements via communication and contact.

In a phone conversation with Iraqi Prime Minister Mustafa al-Kadhimi, Raeisi made the comments and emphasized the importance of preserving the country’s unity.

Iran’s president urged Iraq’s major political parties to come to an understanding on a solution to the country’s current political issues through discussion and contact.

The foreign minister of Iraq, for his part, stressed that his nation will not permit its territory to be exploited in any way that poses a threat to Iran, stating that the security of Iran and Iraq are intertwined.