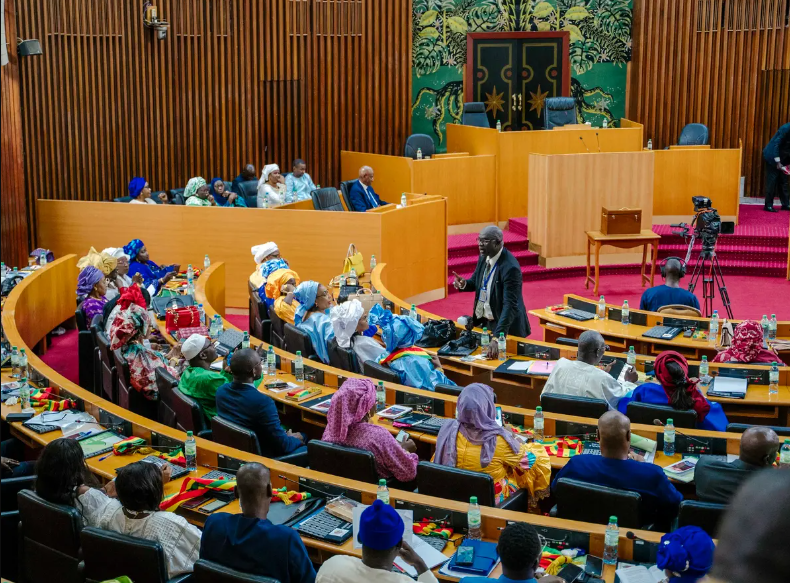 West News Wire: Two legislators in Senegal have been given six months in prison for attacking a pregnant colleague on December 1 during a heated parliamentary debate that turned into a full-fledged riot.

Amadou Niang and Massata Samb of the opposition Party for Unity and Rally (PUR) were also sentenced by the Dakar court to pay Amy Ndiaye Gniby of the ruling Benno Bokk Yakaar coalition a total of 5 million CFA francs ($8,144) in restitution.

Samb smacked Gniby in the face during a budget debate in the National Assembly after she sneered at his words in defiance of her, creating a tumultuous televised spectacle that startled Senegal.

Gniby responded by throwing a chair at Samb and was then pushed to the ground by other lawmakers and kicked in the abdomen by Niang.

The fight has worsened political tensions in Senegal that flared when the governing party lost its comfortable majority in a July legislative election.

The loss was widely seen as a rebuke of President Macky Sall amid uncertainty over whether he will seek a third term in 2024, a move the opposition says would be in breach of term limits and an earlier promise.

Sall, 60, has refused to state clearly whether he plans to run again.