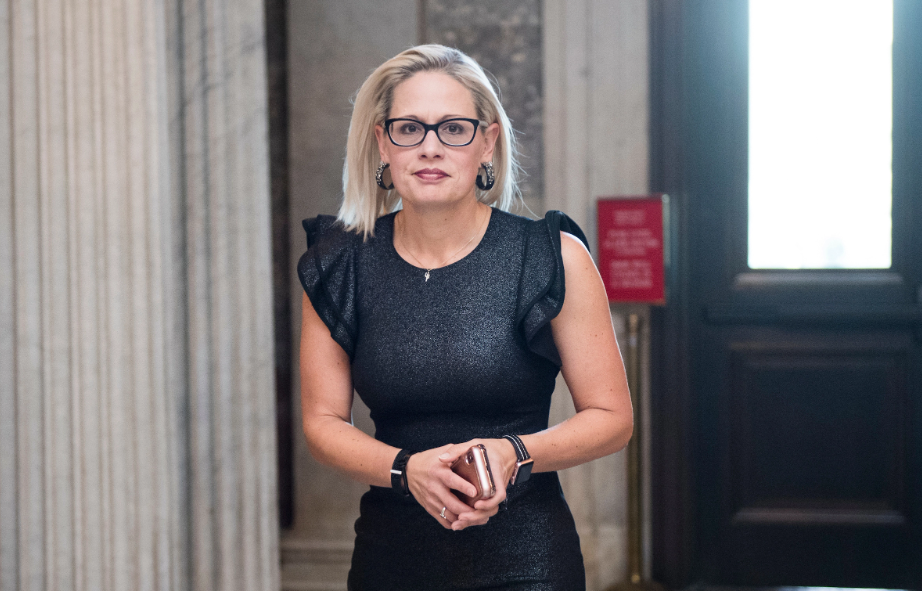 West News Wire: Sen. Kyrsten Sinema of Arizona shocked everyone on Friday by announcing that she is defecting from the Democratic Party and will be filing as an independent.

Raphael Warnock’s victory over Herschel Walker in Georgia earlier this week gave Democrats a 51-49 Senate control. Despite being a setback for the Democrats, Sinema’s decision is unlikely to alter the balance of power in the upcoming Congress, which will convene in January, as the Democratic Senate majority already consists of two independents, Vermont’s Bernie Sanders and Maine’s Angus King.

“Everyday Americans are increasingly left behind by national parties’ rigid partisanship, which has hardened in recent years. Pressures in both parties pull leaders to the edges, allowing the loudest, most extreme voices to determine their respective parties’ priorities and expecting the rest of us to fall in line,” Sinema wrote in an op-ed for the Arizona Republic on Friday morning. “In catering to the fringes, neither party has demonstrated much tolerance for diversity of thought. Bipartisan compromise is seen as a rarely acceptable last resort, rather than the best way to achieve lasting progress. Payback against the opposition party has replaced thoughtful legislating.”

She is up for reelection in Arizona in 2024.

In addition to her op-ed, Sinema released a statement Friday morning.

“When I ran for the U.S. Senate, I pledged to be independent and work with anyone to achieve lasting results. Over the past four years, I’ve worked proudly with other Senators in both parties and forged consensus on successful laws rebuilding our country’s critical infrastructure, protecting our economic competitiveness, addressing historic drought to help secure our water future, expanding veterans’ benefits, boosting innovation and small businesses, protecting marriage access for LGBTQ Americans, strengthening mental health care, and making our communities safer, more vibrant places in which to live and raise families,” she said.

“In a natural extension of my service since I was first elected to Congress, I have joined the growing numbers of Arizonans who reject party politics by declaring my independence from the broken partisan system in Washington and formally registering as an Arizona Independent,” she said.

After celebrating Democrats’ 51-seat edge earlier this week, the White House said Friday it expects for her to remain a “key partner” on President Joe Biden’s priorities.

“Senator Sinema has been a key partner on some of the historic legislation President Biden has championed over the last 20 months, from the American Rescue Plan to the Bipartisan Infrastructure Law, from the Inflation Reduction Act to the CHIPS and Science Act, from the PACT Act to the Gun Safety Act to the Respect for Marriage Act, and more,” White House press secretary Karine Jean-Pierre said in a statement. “We understand that her decision to register as an independent in Arizona does not change the new Democratic majority control of the Senate, and we have every reason to expect that we will continue to work successfully with her.”