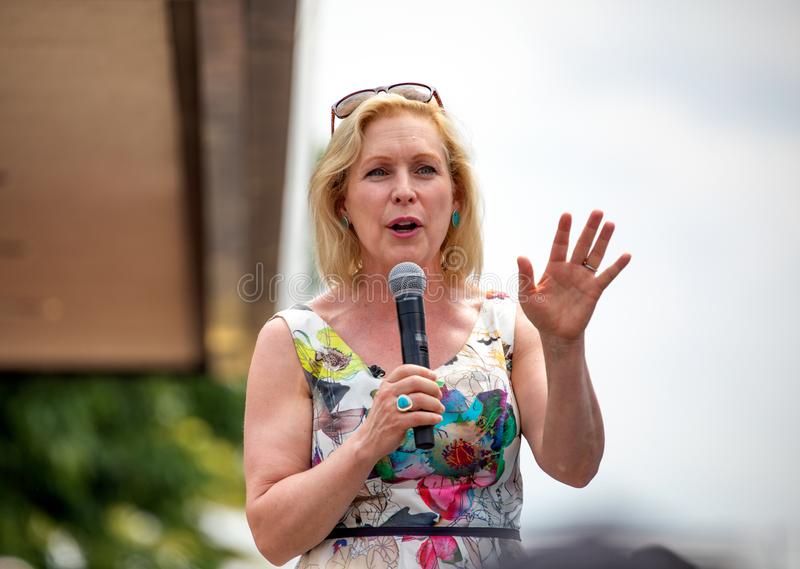 The 56-year-old announced her 2024 run in an email to supporters on Thursday. The email stated, “I wanted you to hear it first.” “In 2024, Kirsten is seeking reelection to the US Senate.”

Since 2009, when she replaced Hillary Clinton as New York’s junior senator, Gillibrand has held the position.

Her announcement of her campaign coincides with Democrats reviewing their performance in New York, typically regarded as a stronghold for the party. Republicans won four congressional seats in the 2022 midterm elections, including one held by the chairman of the House Democrats’ campaign, while Democratic Governor Kathy Hochul narrowly defeated Republican Lee Zeldin in a governor’s race in nearly three decades.

Gillibrand has made a point of carving out relationships with Republican colleagues on bipartisan legislation. She is best known as one of the leading voices in Washington against sexual harassment and military sexual assault, and is a proponent of equal pay and family leave proposals.

In 2022, she was instrumental in sending two sexual harassment measures to President Joe Biden. In milestones for the #MeToo movement, the bills that Biden signed into law curtailed the use of confidentiality agreements and gave workplace victims of sexual misconduct the right to seek recourse in the courts.

The senator has also been involved in a bipartisan push with Sen. Cynthia Lummis, R-Wyo., to regulate cryptocurrencies and other digital assets.

Gillibrand was first elected to Congress in 2007, winning a House seat in a conservative part of upstate New York and toppling an incumbent Republican. She won a 2010 special election for Senate and full terms in 2012 and 2018 reelection campaigns.

She was among a crowded field of Democratic presidential candidates seeking the party’s nomination in 2020 but dropped out of the race in 2019.