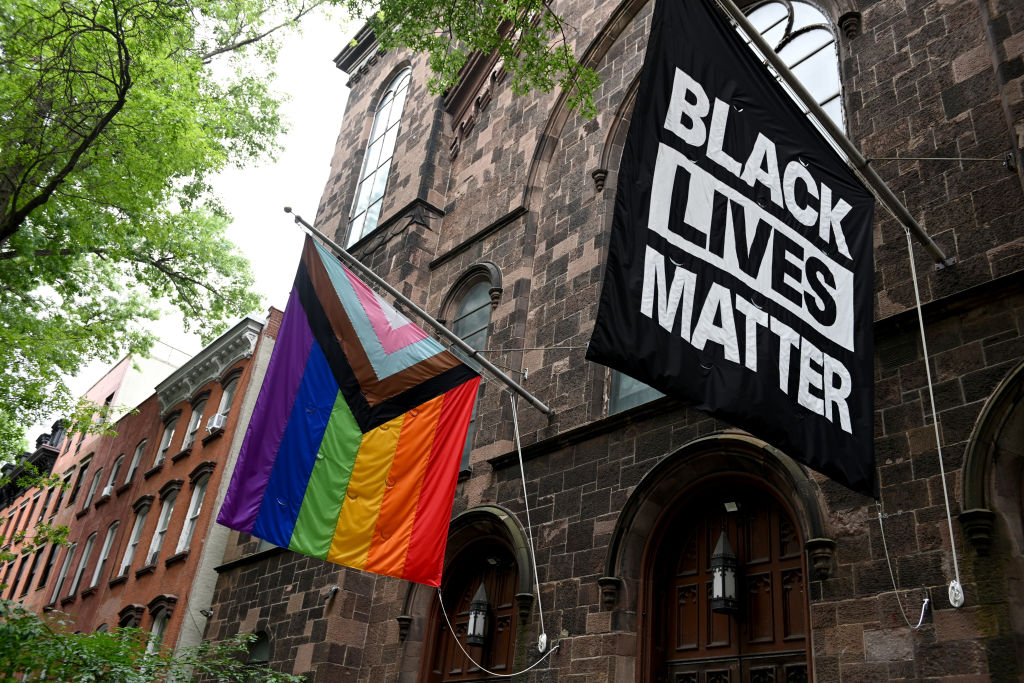 West News Wire: Because it refuses to remove Black Lives Matter and Pride flags that it began flying on campus last year, a bishop has declared that a central Massachusetts school “may no longer identify itself as Catholic.”

The flags “embody specific agendas and ideologies (that) contradict Catholic social and moral teaching,” according to the argument. The Nativity School of Worcester, a tuition-free private middle school that serves about 60 boys from under-resourced communities, was sanctioned by Bishop Robert McManus of the Diocese of Worcester on Thursday.

The decree forbids the school from claiming to be Catholic and prohibits the celebration of Mass and sacraments on school grounds.

In a statement, the school said it began displaying the flags in Jan. 2021 at the request of its students, the majority of whom, it noted, are people of color.

“As a multicultural school, the flags represent the inclusion and respect of all people. These flags simply state that all are welcome at Nativity and this value of inclusion is rooted in Catholic teaching,” said the school.

According to the school, when McManus became aware of the flags in March of this year, he asked the school to take them down. Later that month, an unknown person removed them, the school said, “[causing] harm to our entire community. The flags were later raised again.