wnw24
Home Politics Saudi: Child being kidnapped and molested in front of his house 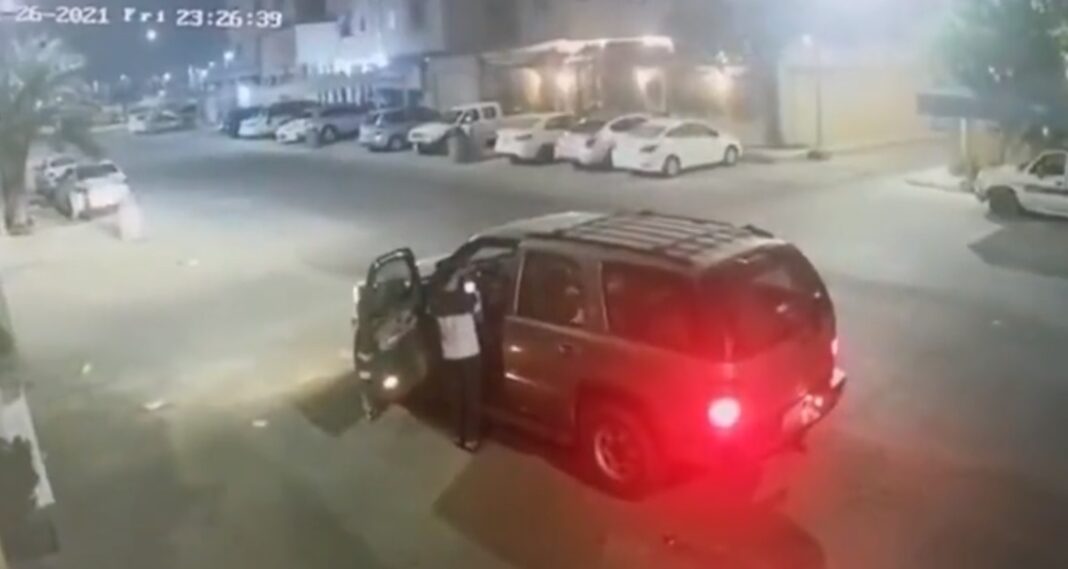 West News Wire: Social media users circulated a video clip, documenting the moment a person attempted to kidnap a child in front of his house in Saudi.

The surveillance cameras showed a man was trying to kidnap a child and also made an attempt to molest him, in one of the public streets of the Kingdom.

Internet users stated that the person tried to lure the child with a common trick; He asked him to photograph him, then approached him and tried to kidnap him in the car, but the child managed to escape from the person who eventually escaped.

Activists demanded that the person be arrested and punished, stressing the need for surveillance cameras in homes for security reasons.