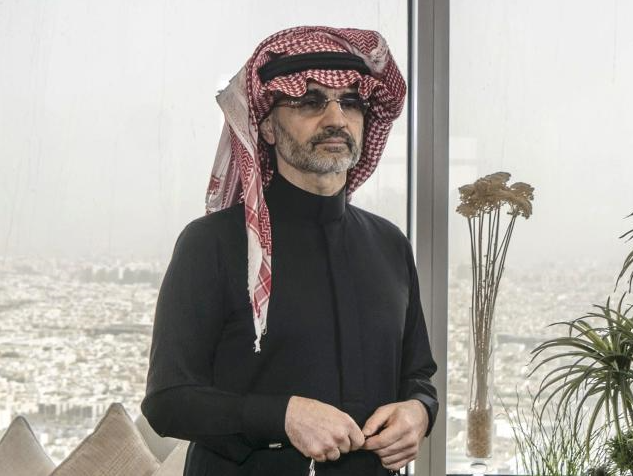 West News Wire: One of Saudi Arabia’s most prominent investors, Prince Alwaleed bin Talal, invested hundreds of millions of dollars into Russian energy companies before and after the invasion of Ukraine this year, the company said in a filing on Sunday.

Kingdom, which is primarily owned by Prince Alwaleed bin Talal, made the investments despite attempts by western politicians to put further pressure on Moscow and threaten sanctions against it, which they eventually started enforcing in late February.

The roughly $500 million in investments included $364 million for Gazprom in February and the remaining funds for Rosneft and Lukoil in March. On February 24, Russian President Vladimir Putin gave the order to invade Ukraine.

Prince Alwaleed, a Saudi billionaire, was detained in 2017 at the Ritz-Carlton Hotel in Riyadh with other tycoons and royals in what the authorities called a corruption sweep.

Critics said it was a powerplay by the ascendant Crown Prince Mohammed bin Salman to consolidate his position against an influential old guard. The state said it retrieved $100bn in ill-begotten funds.

Prince Alwaleed, whose grandfather founded Saudi Arabia, was freed after reaching an agreement with the government, although he has never disclosed the details. Other tycoons were released after transferring funds or partially ceding control of their companies to the government.

The government’s sovereign wealth fund, the Public Investment Fund, said it acquired a 16.8 per cent stake in Kingdom Holding in May, months after the investments. But it would be unlikely for a large Saudi company to conduct big investments in Russia without the government’s blessing given the western pressure on Moscow.

Other investments disclosed on Sunday include a $220mn investment in Phoenix Group, a UK pensions and savings company, and $221mn in the investment manager M&G. It also made investments in Uber, Lyft, Alibaba and BlackRock TCP Capital. Kingdom Holding said these were part of a three-year investment strategy totalling $3.4bn. The company has investments in the Four Season hotel chain and also owns a stake in Twitter.

Saudi Arabia and Russia have developed strong ties and cooperate with each other in Opec+ on oil production. Since President Joe Biden took office, it has experienced a deterioration in relations with Washington as a result of his campaign promise to isolate Saudi Arabia over the killing of journalist Jamal Khashoggi by Saudi operatives. The CIA claimed Prince Mohammed was in charge of the plan to “arrest or kill” Khashoggi, but the prince has refuted this claim.

Since then, Biden has had to retract his statement, and during his July visit, he met with Prince Mohammed to press for more oil output to combat rising prices and inflation.