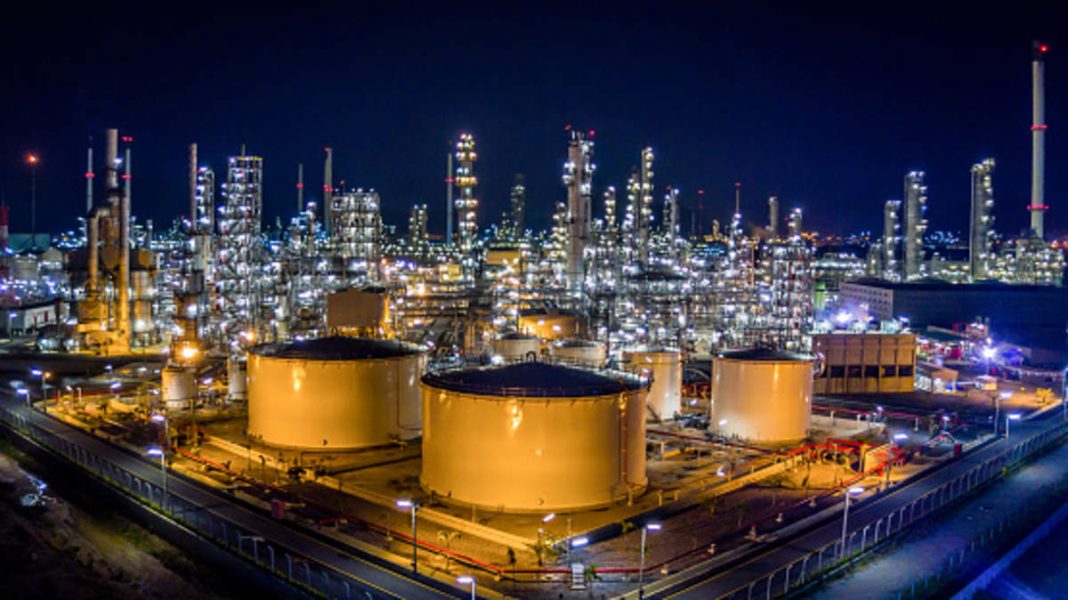 West News Wire: Saudi Arabia has indicated that it will not pump extra oil and will not seek for modifications to a deal with Russia and other producers that has kept oil output levels under control.

As gasoline prices climb and tensions with Russia over Ukraine fuel market uncertainty, this has Washington anxious.

On Wednesday, the Biden administration sent Brett McGurk, the National Security Council’s Middle East coordinator, and Amos Hochstein, the State Department’s energy envoy, to Riyadh to discuss a variety of topics, including the ongoing war in Yemen and global energy supplies.

When asked by reporters in Washington if the US was also pressing Saudi Arabia to pump more petroleum to lower oil prices, White House press secretary Jen Psak said that she did not have more details of the meeting.

A White House official said the two U.S. officials had not asked the Saudis to increase oil production at their meetings in Riyadh. The person insisted on anonymity.

On Thursday, Emily Horne, the spokesperson for the White House National Security Council, said the officials discussed a “collaborative approach” with the Saudis to manage potential market pressures stemming from a possible Russian invasion of Ukraine.

Two Saudi officials told The Associated Press the Saudi energy minister informed the Organization of the Petroleum Exporting Countries, or OPEC, of the kingdom’s commitment to the group’s current roadmap of cautious monthly increases. They spoke anonymously because they were not authorized to brief journalists.

King Salman also said as much in a call last week with President Joe Biden. According to a Saudi readout of the call, the king highlighted the “the importance of maintaining the agreement” that is in place between OPEC, the oil cartel led by Saudi, and Russia.

The Saudi and Russian-led alliance, known as OPEC+, calls for gradual increases to oil production as the world continues to emerge from the pandemic, but geopolitical events have been rapidly evolving and driving market volatility.

Higher prices at the pump pose a threat to Democrats at the polls in upcoming midterm elections. Biden has warned that gas prices could rise even higher if Russian President Vladimir Putin invades Ukraine.

Benchmark crude is trading at around $95 a barrel, its highest level in eight years. AAA says the current U.S. national average for a gallon of regular gasoline costs around $3.50 a 40% increase from its average of $2.50 at this time last year.

During a CNN forum in October, Biden said prices were rising because “of the supply being withheld by OPEC.” He said that while there’s a lot of negotiation going on about the cost of gas, “there’s a lot of Middle Eastern folks who want to talk to me.”

“I’m not sure I’m going to talk to them. But the point is, it’s about gas production,” he added.

His remarks were widely interpreted as a swipe at Saudi Crown Prince Mohammed bin Salman, who oversees the kingdom’s major policy decisions and day-to-day affairs.

The Biden administration has emphasized U.S. strategic interests with Saudi Arabia, a departure from the Trump administration’s personal relationship with the crown prince that was cultivated by advisor Jared Kushner.

Early on in his presidency, Biden reversed a terrorism designation of Yemen’s Houthi rebels that a Saudi-led coalition is battling  a decision he’s now being lobbied to reconsider. He also declassified an intelligence report that concluded Prince Mohammed likely approved the operation that killed Saudi writer Jamal Khashoggi at the Saudi Consulate in Istanbul in 2018.

Throughout his presidency, Biden has circumvented speaking directly with the crown prince, choosing instead to hold calls with King Salman, the prince’s 86-year-old father.

The OPEC+ group has consistently rebuffed pressure from Biden to pump significantly more oil, deciding instead to stick with cautious monthly increases. The higher oil prices are a boon to the economies of both Saudi Arabia and Russia as Moscow faces possible Western sanctions over Ukraine.

At the energy forum in Riyadh, Hochstein, the State Department’s energy envoy, stressed “energy security cannot be taken for granted.”

“We have seen a rapid rise in price and today having a significant amount of risk, of geopolitical risk, priced into our markets,” he said at a livestreamed International Energy Forum symposium. High oil prices and high inflation are cyclical and affect each other, he added.

Oil producers, he said, need to “make sure that the supply is there to meet the demand” so that prices do not continue to strain the U.S. economy and wider economic recovery.

Speaking at the same energy forum, the head of the International Energy Agency called on OPEC+ producers to close what he said is a 1 million barrel-per-day gap between their stated targets and actual output. The IEA says Saudi Arabia and the United Arab Emirates could help stabilize prices if they pumped more oil.