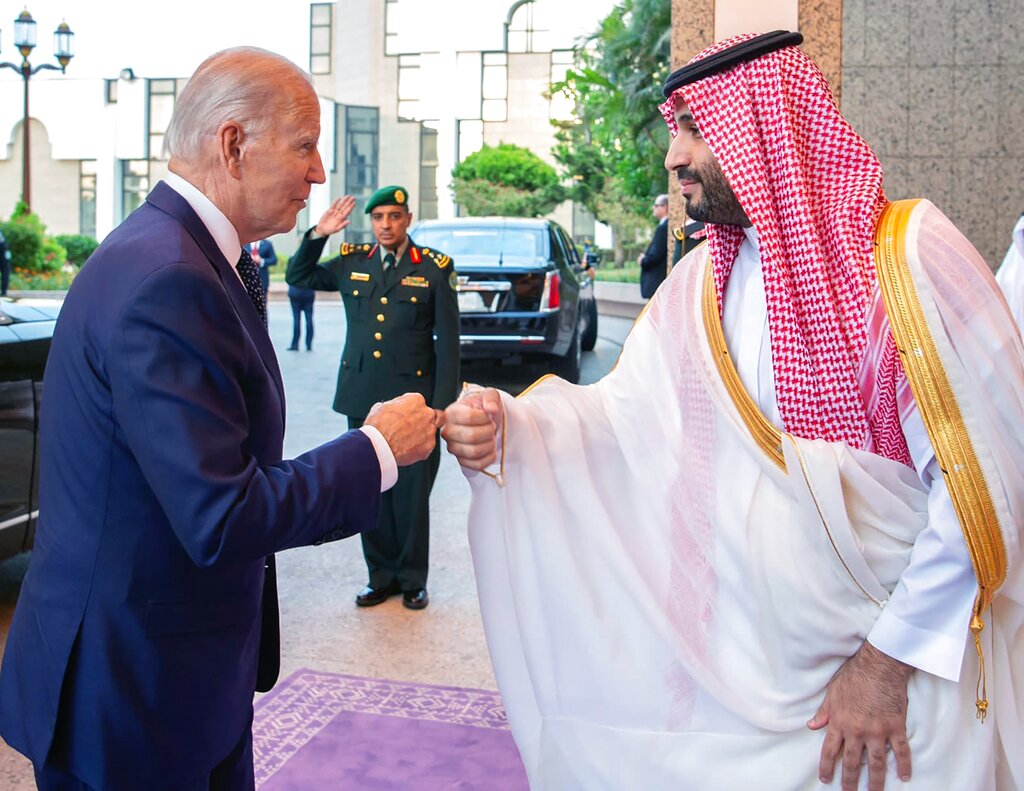 West News Wire: The Saudi energy minister has accused countries, including the United States, of manipulating oil prices by using emergency reserves, as the breach between Saudi Arabia and the US over oil supply continues to grow. He also warned that the energy markets would soon experience more pain.

Prince Abdulaziz bin Salman, the energy minister of Saudi Arabia, said at the Future Initiative Investment (FII) conference on Tuesday in Riyadh that “people are depleting their emergency stocks, had depleted it, and used it as a mechanism to manipulate markets while its profound purpose was to mitigate the shortage of supply.”

But it is my grave obligation to warn everyone that losing emergency supplies can cause discomfort in the upcoming months.

The Saudi energy chief said Riyadh remained the world’s most reliable oil supplier and had increased its sales to Europe to 950,000 barrels in September from 490,000 the same time a year ago.

When asked about how to get the energy ties with Washington back on track, Prince Abdulaziz said Riyadh had chosen to “to be the mature guys and let the dice fall.”

Although Prince Abdulaziz did not single out the US in his comments, he appeared to be critical of President Joe Biden’s decision to sell oil from the nation’s emergency stocks as he attempts to lower gasoline prices ahead of midterm elections on November 8.

Comments by the Saudi energy chief came just a week after Washington decided to release 15 million barrels from strategic oil reserves to curb prices. That tranche was to complete a 180-million-barrel release authorized in the spring, in response to price hikes linked to Russia’s military operation in Ukraine.

Tensions are growing between longtime partners Washington and Riyadh over the Saudi-led OPEC+ cartel’s recent vote to reduce oil production over Washington’s objections.

The Organization of the Petroleum Exporting Countries and allies (OPEC+), which includes the 13 OPEC nations and 11 non-members including Russia, made the production cut announcement earlier this month. The group agreed to cut output by two million barrels per day, equal to two percent of global supply, starting November.

Saudi Arabia is a top producer in OPEC+.

The move came despite Biden’s plea to boost production to tame energy prices.

Despite Biden’s call to increase production to lower energy prices, the action was taken.

According to unaffiliated observers, the Biden administration is concerned that the move to reduce oil production would result in a rise in petrol prices in the US before the November midterm elections, which the Democrats already seem to be losing to the Republicans.

Separately, US State Department spokesman Ned Price said he would not comment directly to the Saudi energy minister but that Biden’s efforts to meet demand included the release from the strategic reserves. Price stated, “We’re going to do everything we can to make sure that supply is sufficient for demand.