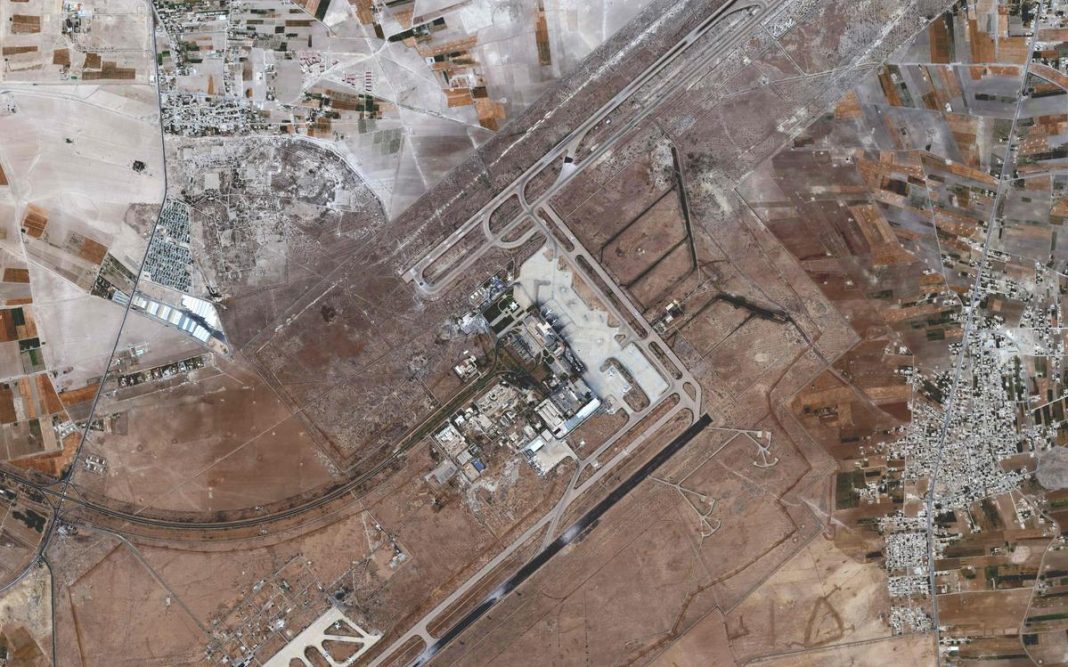 West News Wire: According to satellite images, an Israeli attack on a Syrian airport resulted in damage to a nearby section of tarmac, a building on the airfield’s military side, and the runway itself.

In contrast to the Israeli attack on Wednesday night that destroyed the runway at the country’s primary airport in the capital, Damascus, targeting Iranian weapons deliveries to the country, the attack on Aleppo International Airport occurred only months earlier.

Syria’s state-run SANA news agency acknowledged the assault on Wednesday but provided no other information regarding the harm or targets.

The satellite photos taken on Thursday by Planet Labs PBC, and analysed by the Associated Press, showed vehicles gathered around the site of one of the raids at the airport, near the western edge of its sole runway. The attack tore a hole through the runway and ignited a grass fire at the airfield.

Just south of the runway, debris lay scattered after another raid that struck an object on the tarmac and another structure.

Syria, like many Middle Eastern nations, has dual-use airports that include civilian and military sides. Flights at the airport have been disrupted by the attack.

The Syrian Observatory for Human Rights, a UK-based opposition war monitor, alleged immediately after the strike that Israel targeted an Iranian missile shipment to Aleppo airport.

Iran, as well as its ally, Lebanon’s Hezbollah group, has been crucial to embattled Syrian President Bashar al-Assad remaining in power since a war began in his country amid the 2011 Arab Spring.

Just before the strike, a transponder on an Antonov An-74 cargo plane flown by Iran’s Yas Air, sanctioned since 2012 by the US Treasury over flying weapons on behalf of Tehran’s elite Islamic Revolutionary Guard Corps, briefly pinged near Aleppo, according to flight-tracking data. The altitude and location suggested the plane planned to land in Aleppo.

Since the conflict in Syria began in 2011, Israel has launched hundreds of airstrikes on its neighbor, focusing on government forces as well as allied forces supported by Iran and Hezbollah fighters.

Israel has acknowledged carrying out hundreds of attacks in Syria, which it has claimed are vital to stop Iran, a rival regional power, from establishing a presence on its doorstep, despite rarely commenting on specific attacks. It made no explicit mention of the strike on Wednesday.

Rarely have such attacks resulted in significant flight interruptions.

The incident occurs at a time when the negotiations over Iran’s shattered nuclear deal with international powers are still quite tense throughout the wider Middle East.