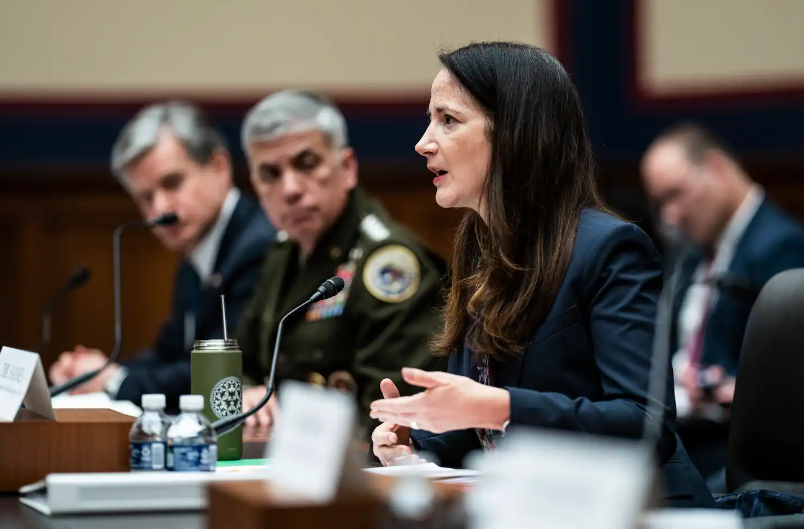 The 5200 block of River Road in Bethesda is where Sarah Joan Langenkamp, 42, was struck by a flatbed truck on the afternoon of August 25 while riding a bicycle, according to the Montgomery County Police Department.

In Kyiv, Ukraine, Langenkamp worked as a diplomat at the American Embassy. She is listed as the director of the embassy’s International Narcotics and Law Enforcement Affairs Section by numerous offices.

According to a State Department spokesperson who spoke to news reporters on Saturday, “We can confirm the death of Foreign Service Officer Sarah J. Langenkamp.” The Department of State sends its sincere condolences to Ms. Langenkamp’s family and friends.

“We cannot provide further comments due to privacy and law enforcement sensitivity considerations,” the spokesperson said.

The State Department had no additional information to share as of Saturday afternoon.

Langenkamp’s husband Daniel served at the Kyiv embassy as spokesperson. A CBS News report published earlier this year documented how the Langenkamp’s sons were able to reconnect with them after the family was separated due to the Russian invasion of Ukraine.

Police say they were called to the scene of the accident just after 4 p.m. on Thursday. A preliminary investigation by the Collision Reconstruction Unit found the driver of the vehicle, which was a red 2014 Volvo flatbed truck, and Lagenkamp were both traveling in the same direction when the collision occurred.

The driver, who remains unidentified, was heading east and was turning right into a parking lot at 5244 River Road when they struck Langenkamp, authorities said. Langenkamp was run over by the truck and was pronounced dead at the scene.

River Road was closed as law enforcement, including Montgomery Fire Rescue, responded to the crash.

The investigation remains ongoing, according to the Montgomery County Police Department. The department had no additional information to share as of Saturday afternoon.

Langenkamp is the second State Department employee to be killed in a biking accident this year.

Shawn O’Donnell, a 40-year-old foreign service worker for the agency, was killed after being struck by a Mack cement truck on July 20 in the neighborhood of Foggy Bottom in Washington, D.C.

O’Donnell was one of three people killed in bike crashes in the city in July. Community members gathered outside city hall to demand change, calling on Washington Mayor Muriel Bowser to make her plan for zero traffic deaths by 2024 a reality, WJLA reported.