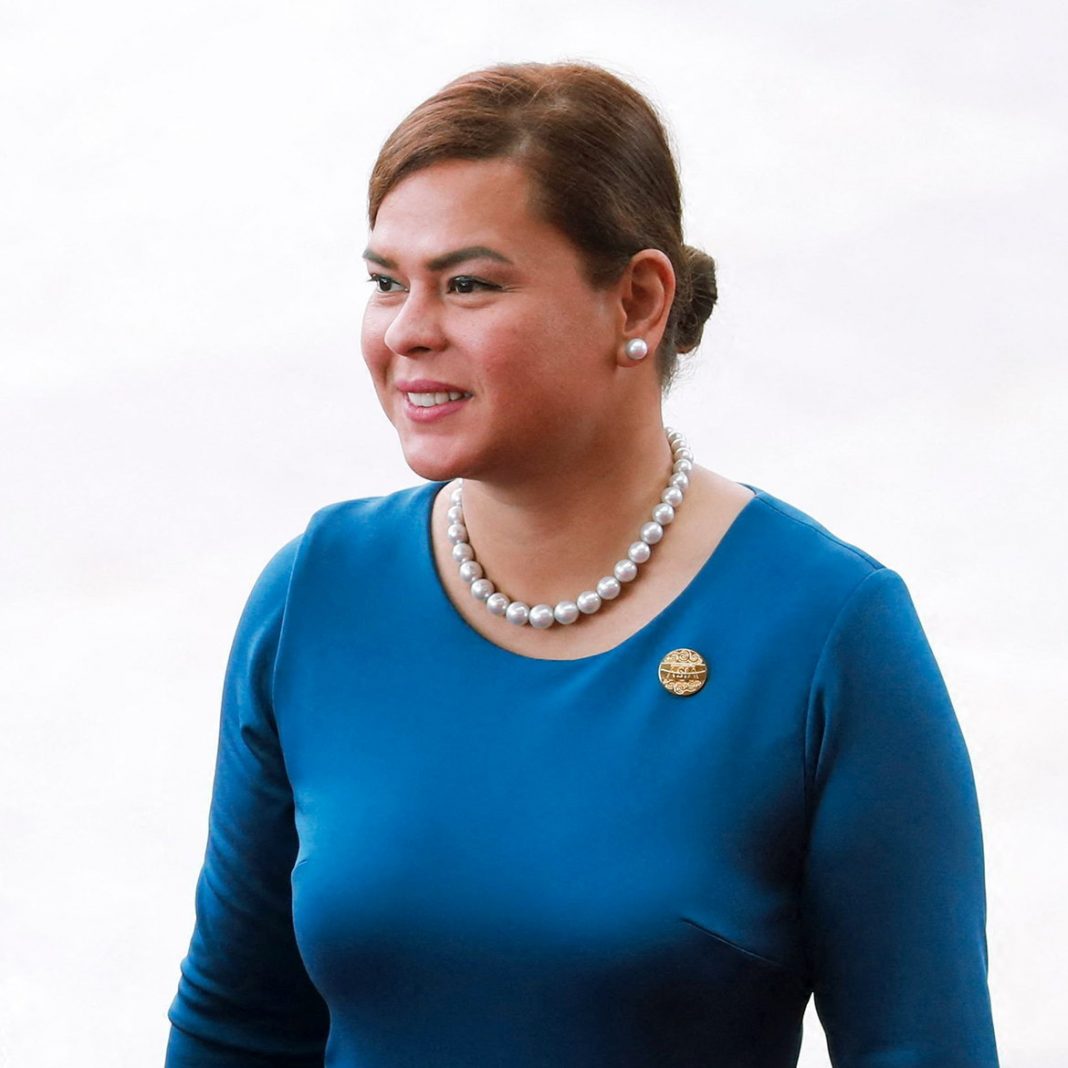 On Sunday, Duterte’s inauguration took place in her hometown of Davao, where she is the outgoing mayor. It comes just two weeks before her inauguration on June 30.

“I’m not the best or the most intelligent person in the Philippines or the world, but no one can match the toughness of my heart as a Filipino,” Duterte said in a speech after taking the oath of office with her parents standing beside her.

“The voice of 32.2 million Filipinos was loud and clear with the message to serve our motherland,” Duterte said, referring to the votes she got, to applause from thousands of supporters.

Fondly called by supporters as “Inday Sara”, the mother of three also called for national unity and devotion to God and asked Filipinos to emulate the patriotism of the country’s national hero Jose Rizal.

She cited longstanding social ills facing Filipino children, including poverty, broken families, illegal drugs, bullying and online misinformation, and asked parents to ingrain in them the values of integrity, discipline, respect for others and compassion.

“The days ahead may be full of challenges that call for us to be more united as a nation,” she added.

Marcos, the president-elect and namesake of the late Filipino leader Ferdinand Marcos, also took part in the inauguration ceremony attended by Duterte’s relatives, allies and supporters.

They both scored landslide victories, with overwhelming margins not seen in decades, forging a crucial alliance and running on a message of unity that also helped many allies win seats in the legislature and local government positions.

Rodrigo Duterte’s presidency meanwhile has been marked by a brutal anti-drugs campaign that has left thousands of mostly petty suspects shot dead by police or vigilantes. The drug killings are being investigated by the International Criminal Court as a possible crime against humanity.

While Sara Duterte, 44, refused calls by her father and supporters to seek the presidency, she has not ruled out a future run. She topped pre-election surveys for the president last year.

Aside from the vice president, she has agreed to serve as education secretary, although there were talks that her initial preference was to head the Department of National Defense, a traditional springboard to the presidency.

Like her father, Sara Duterte trained as a lawyer before entering politics in 2007 when she was voted in as her father’s vice mayor in Davao, 1,000 km (600 miles) from the capital, Manila.

She had initially wanted to be a doctor but instead pursued her political career and in 2010 succeeded her father to become the first female mayor of Davao.

One of the president’s sons, Sebastian Duterte, will succeed his sister as Davao mayor, and another son, Paolo Duterte, won a seat in the House of Representatives in the May 9 elections.