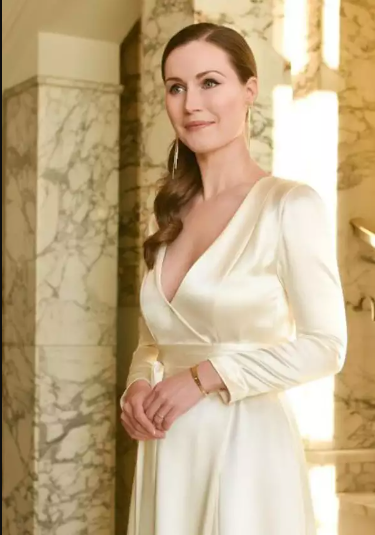 West News Wire: After video of the Finnish prime minister partying with other politicians and celebrities surfaced online, Sanna Marin is now dealing with political fallout.

The video, which was shared on social media on Wednesday, features five additional people in addition to Marin dancing and singing at what looks to be a reception at a private residence. Marin, 36, can be seen dancing and imitating a song at one point while on her knees and holding her arms behind her head.

According to accounts in the Finnish media, one of the other partygoers can be heard yelling “jauhojengi,” which is slang for cocaine and means “flour gang” in Finnish.

Ilmari Nurminen, a member of parliament for Finland, was apparently also present at the party, but it wasn’t immediately clear when it took place.

But the footage has prompted calls from Marin’s political opponents for her to take a voluntary drug test, with opposition party leader Riikka Purra saying there was a “shadow of doubt” hanging over the prime minister.

Marin on Thursday denied taking any drugs during what she described as the “wild” party in a private home and contested the perceived use of the term “jauhojengi”.

“I have not used drugs myself, or anything other than alcohol. I’ve danced, sung and partied and done perfectly legal things,” the Finnish leader told reporters, adding that she was “disappointed” that footage of the party had become public.

Marin who in December 2019 became Finland’s youngest prime minister ever also said she would not change in the wake of the controversy, saying she intends to continue to be the same person as before.

“I have a family life, I have a work life and I have free time to spend with my friends. Pretty much the same as many people my age,” she said. “I am going to be exactly the same person as I have been until now and I hope that it will be accepted.”

This week’s developments came after Marin was forced to issue a public apology at the end of last year for going out clubbing after coming into close contact with a COVID-19-positive individual.

The Finnish prime minister said at the time that she had missed a message telling her to isolate because she had left her work phone at home. She did not test positive for the virus.

Marin, who is open about her penchant for partying and has often been photographed at music festivals, was dubbed the “coolest politican in the world” by German news outlet Bild last week.