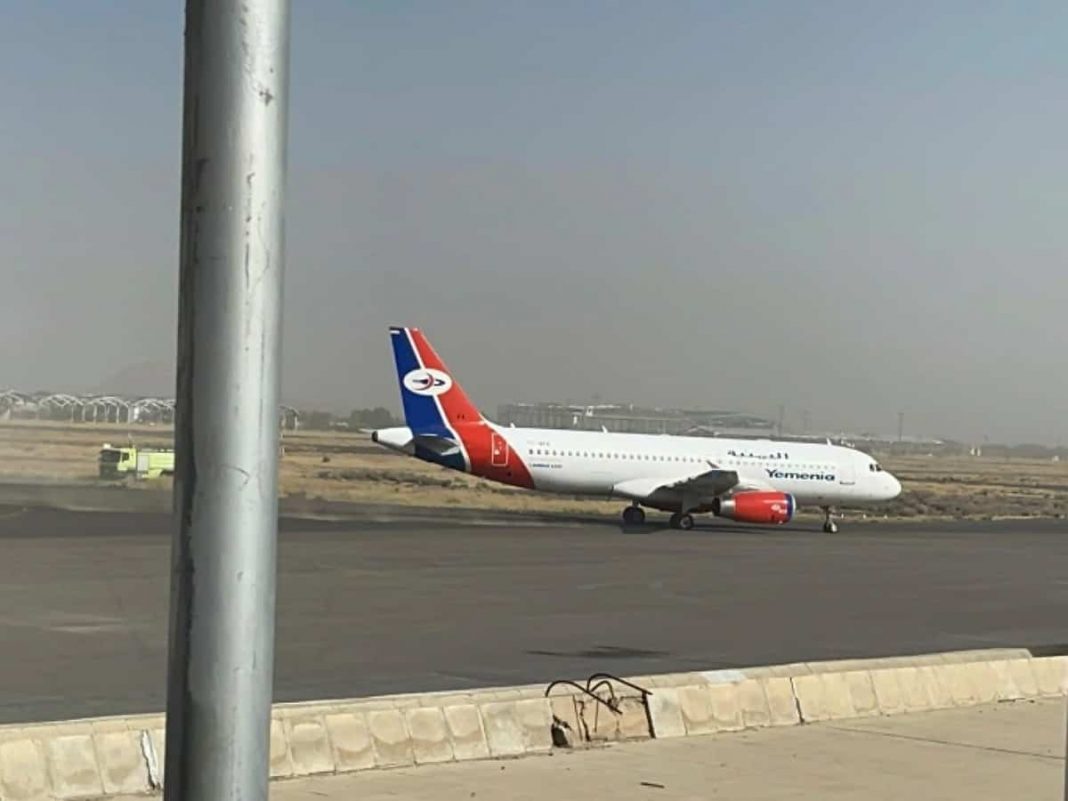 West News Wire: The first commercial flight from Yemen’s capital city of Sana’a in nearly six years has taken off, bolstering hopes that a UN-brokered two-month cease-fire that began at the start of the holy fasting month of Ramadan will lead to a permanent peace and improve the lives of Yemenis.

The Yemenia plane carrying 126 passengers, including hospital patients and their relatives who had waited years for medical treatment abroad, went through security checks in Sana’a International Airport’s terminal before departing for Amman, Jordan, shortly after 9:00 a.m. local time (0600 GMT) on Monday.

“I’m overjoyed that Sana’a airport has opened,” said Lutfiyah, a wheelchair-bound passenger who declined to give her name.

She added, “Today is a day of celebration, and I hope that it remains open.”

“We have waited for this trip for three years. Because of my father’s health condition, we couldn’t take him by land to Aden. Praise be God, the relief has come,” said Ismail al-Wazan before boarding the flight with his father in a wheelchair.

Before take-off, the plane with red-and-blue tail livery taxied through an honor guard of two fire trucks spraying jets of water. It landed in Amman before 0900 GMT.

“I hope this provides some relief to the Yemenis who need to seek medical treatment abroad, pursue education and business opportunities, or reunite with loved ones,” he said in a statement.

Erin Hutchinson, Yemen country director for the Norwegian Refugee Council aid agency, said the first commercial flight from Sana’a was “a stepping stone towards a lasting peace for Yemen.”

“If the parties to the conflict continue to work together to operate regular flights in and out of Sana’a, they can help save thousands of lives, prevent premature deaths, and support the country’s economy,” she noted.

The inaugural flight under the UN-sponsored truce was planned for April 24 from Sana’a to Amman. It, however, had to be scrapped after Yemenia said it did not receive the necessary permits from the Saudi-led coalition.

Yemen’s Saudi-backed and Aden-based government initially insisted all passengers from Sana’a need their type of passports.

Facing pressure from the international community, it agreed last week to allow citizens holding passports issued by Yemen’s Sana’a-based National Salvation Government to travel outside Yemen, removing a barrier to the flights.

The next flight from Sana’a is due next Wednesday.