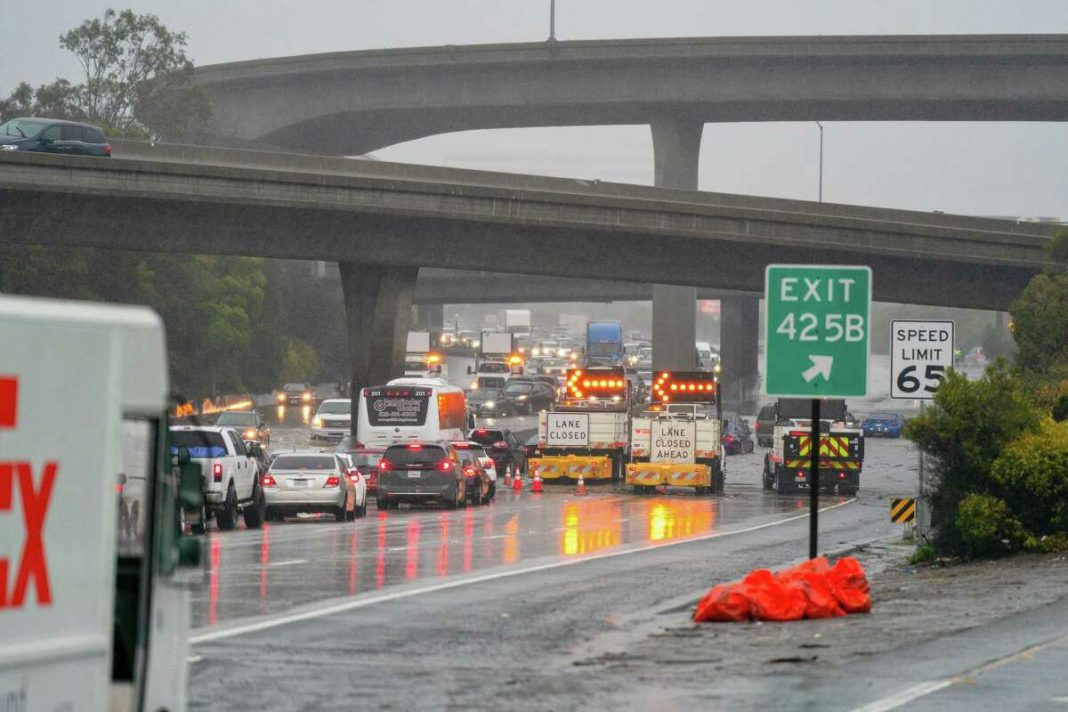 West News Wire: One of the wettest days on record in San Francisco occurred as a winter storm brought flooding and significant snowfall to California.

The National Weather Service for the San Francisco Bay Area reported that more than 5 inches of rain fell in downtown San Francisco on Saturday, breaking the previous daily record.

The organization noted that the final day of the year is “making a run for wettest calendar day ever.” According to the bureau, 5.45 inches of rain had been recorded in downtown San Francisco as of 5 p.m. local time, making it the second-wettest day in the area since records first began in 1849. On November 5, 1994, the current local record of 5.54 inches was established.

With the city a mere nine-hundredths of an inch away from the rainy day local record, “We’ll see how the band to the west of the city affects the totals,” the National Weather Service said.

Amid the record-setting rainfall, the San Francisco area has experienced widespread flooding.

In South San Francisco, the California Highway Patrol temporarily closed Highway 101 in both directions by Oyster Point due to “major flooding” caused by non-stop rainfall and high tides. The roadway was expected to reopen by 5 p.m. local time Saturday but will remain closed indefinitely amid continued flooding. The agency said it was responding to submerged vehicles following the closure and urged drivers to avoid the area.

Fallen trees and mudslides have also been reported as an atmospheric river — a long, narrow region in the atmosphere that carries large amounts of water vapor over the Pacific Ocean — brought heavy rains and snow to much of the state Saturday.

Flooding impacts are likely to continue into Saturday night, after the rain moves south, the National Weather Service in the Bay Area advised.

The National Weather Service in Sacramento also warned of flooding conditions in the region. The Sacramento County Office of Emergency Services ordered residents in Wilton to shelter in place earlier Saturday afternoon.

“Rising water has made roads impassable in the area,” the office said in an advisory.

Snow over the Sierra is also expected to impact travel into the evening with delays and slick road conditions. “Avoid mountain travel if you can!” the National Weather Service in Sacramento said.