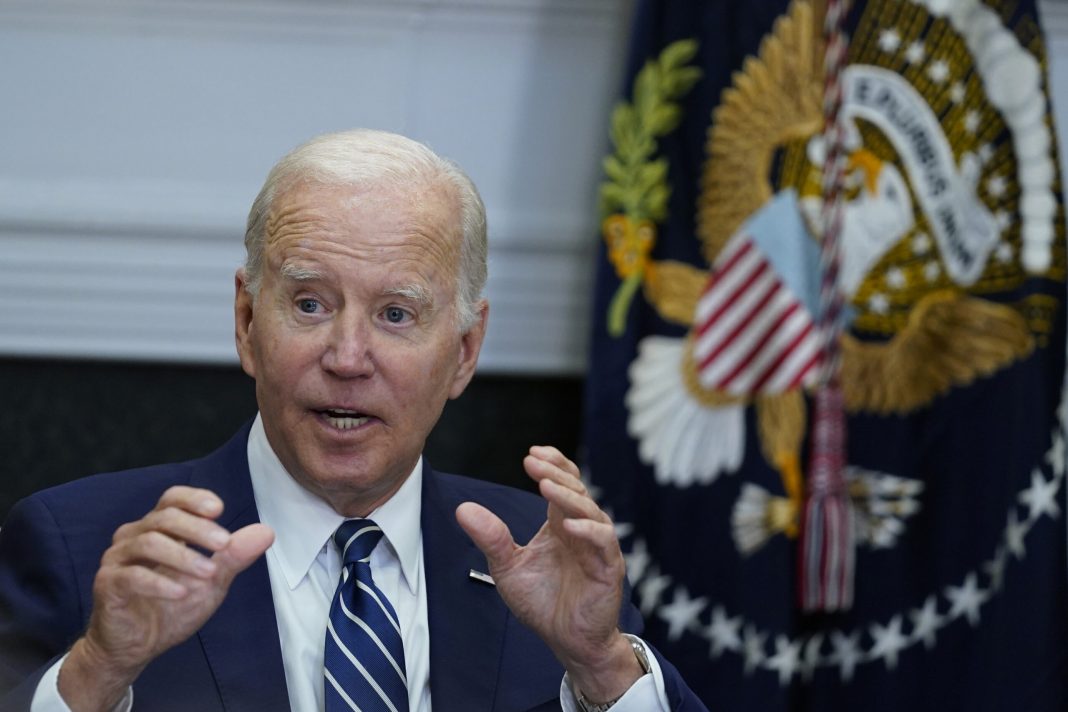 Biden delivered his remarks from the Cross Hall of the White House and said, “It’s a sad day for the court and the country.

He declared, “Today the Supreme Court of the United States expressly deprived the American people of a constitutional right that it had already recognized.” They simply took it away; they didn’t restrict it. They did something that has never been done before to a right that is so crucial to so many Americans.

The Mississippi law, which prohibits nearly all abortions after 15 weeks of pregnancy, was upheld as the court’s conservative majority voted on Friday to overturn Roe v. Wade.

Justice Samuel Alito, who also authored the bombshell draft opinion leaked to the public earlier this year indicating this outcome, wrote in the opinion that Roe was “egregiously wrong from the start.”

“Abortion presents a profound moral question,” Alito wrote. “The Constitution does not prohibit the citizens of each State from regulating or prohibiting abortion. Roe and Casey arrogated that authority. The Court overrules those decisions and returns that authority to the people and their elected representatives.”

The Supreme Court’s three liberal justices slammed the majority’s opinion, writing that the decision essentially “says that from the very moment of fertilization, a woman has no rights to speak of.”

Biden called on Congress to take action to enshrine abortion rights at the federal level.

“No executive action from the president can do that,” Biden said.

“This fall, Roe is on the ballot,” he added.

He called out former President Donald Trump’s influence by name.

“It was three justices, named by one president, Donald Trump, who are the core of today’s decision to upend the scales of justice and eliminate a fundamental right for women in this country,” he said.

“Make no mistake: this decision is a culmination of a deliberate effort over decades to upset the balance of our law,” he said. “It is a realization of an extreme ideology, and a tragic error by the Supreme Court, in my view.”

Biden took such action on Friday, stating he was instructing the Department of Health and Human Services  which oversees the FDA  to take steps to protect access to medication abortion in the wake of Roe being overturned.

Additionally, Biden expressed worry on Friday that the decision would have an effect on other Supreme Court decisions pertaining to the idea of privacy, such as rights to contraception and same-sex marriage.

Justice Clarence Thomas of the Supreme Court argued in his concurring opinion on Friday that such unspecified rights ought to be reevaluated.

He wrote, “We have a duty to ‘correct the error’ established in those precedents because any substantive due process decision is ‘demonstrably erroneous.'”

People on both sides of the issue immediately objected to the Supreme Court’s decision. Biden called on Americans to keep all protests peaceful.