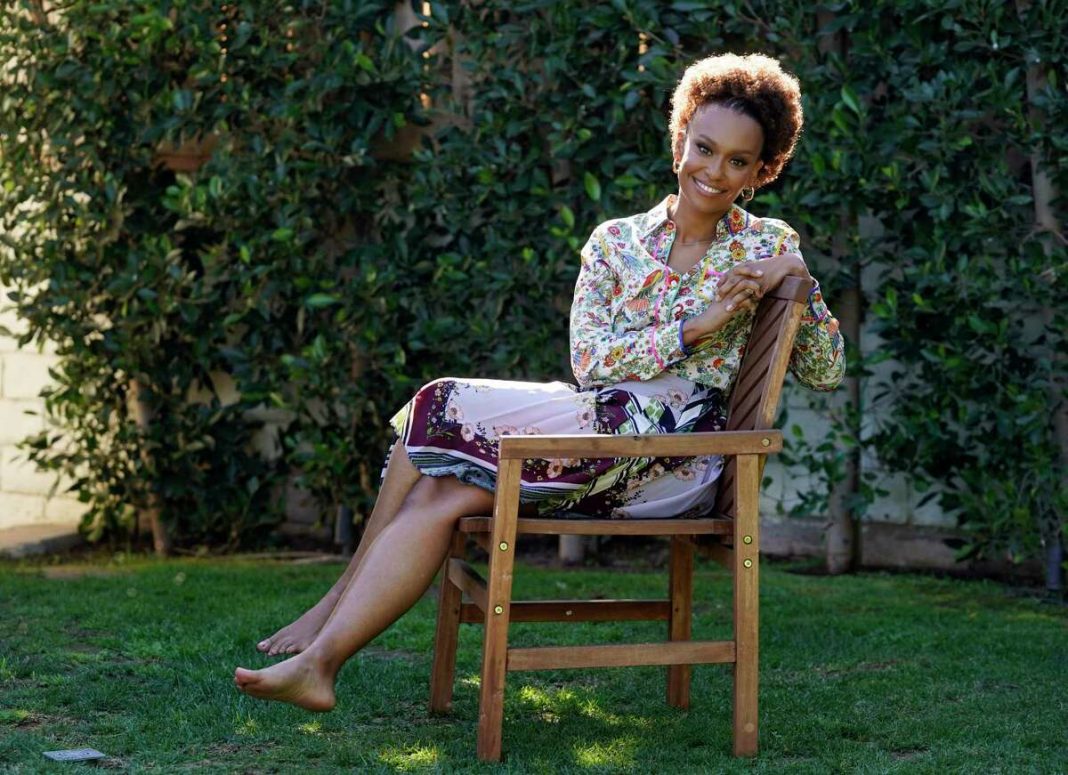 Elena Federova, an international armaments dealer who has just been captured in the pilot, is played by Morena Baccarin (“Homeland,” “Deadpool,” “Gotham”). Federova is always one step ahead of everyone else, so she has the upper hand even in captivity. Bathé’s FBI agent Val Turner, a buttoned-up, by-the-book agent, is the only one who comes close to figuring her out. Val’s life has taken a turn for the worse after her estranged husband, a former federal agent, was caught collecting drug money.

Viewers will soon notice these two characters seem to have way more going on than meets the eye, which will play out over the course of the season.

That two women are the stars of this thriller series for network television is “a huge step,” acknowledges Bathé.

“It’s not about, ‘Oh, who could she seduce next?’ No one’s getting seduced in our show.”

Playing this character, says Bathé, “is very bleak in many ways because she is so isolated and so lonely and you have to feel that. From ‘action’ to ‘cut’ it’s high tension and there’s nothing to break it. We don’t get a chance to breathe on this show, and that’s what makes it good.”

She says she only begins to relax in bed for the night “somewhere between REM and deep sleep.”

Bathé is the opposite of Val: She’s upbeat, animated and very relatable. She jokes that getting exercise is largely off the table lately because she would have to wake up too early.

Production on “The Endgame” is also in New York, keeping her from her family in Los Angeles. Bathé is married to “This is Us” star Sterling K. Brown and they have two sons, Andrew and Amaré.

“I miss those kiddos of mine so much, and I miss my husband, I miss my house, I miss my pillows,” said Bathé. She says it took her years to like Los Angeles and she always longed to be in New York, where she attended grad school at NYU.

By returning to New York, Bathé has “the thing that I said I always wanted.” She has fond memories of walking around the city, but “it never occurred to me that I only did that in late spring, summer and fall. I completely blanked about the winter.”

As her career ramps up with “The Endgame,” Brown is winding down “This is Us,” now airing its sixth and final season. She says their schedules can be tricky because their children are no longer transportable babies who can live nomadic lives with their working mom and dad.

“It’s all of a sudden soccer, and a fully fleshed-out human with its own friends and its own things. And there’s two of them. And so now it’s learning to roll with those punches and sort of figure out what’s best for the family.”

Performing, she says, was something she knew “was an option from a very early age.”

Bathé’s mother is actor/singer Clare Bathé who recorded the hit song “There But for the Grace of God Go I” in 1979 with her group Machine.

“I grew up on stages,” said Bathé. “I grew up backstage. Theater was something that I grew up with.”

With both parents in showbiz, Bathé says her sons are showing signs that entertainment is in their blood.

“I have two incredibly dramatic children in very different ways. One is like the kid in the independent film that gets like an Oscar nomination because they’re so precocious but sad and emo. That’s the oldest. And then the youngest is like the Disney star, Zac Efron in the making.”