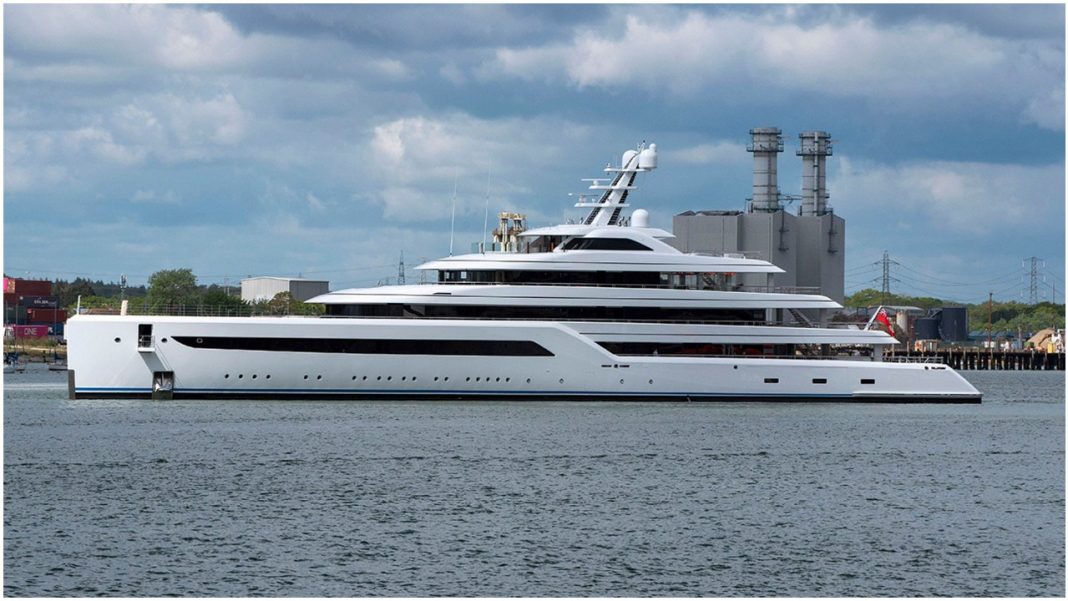 West News Wire: According to Finance Minister Bruno Le Maire, custom officers in France confiscated a yacht belonging to Rosneft CEO Igor Sechin as it attempted to depart the Mediterranean port of La Ciotat, in violation of European Union restrictions on Russian oligarchs.

The episode occurred as Western countries imposed harsh sanctions on Russia, including asset freezes, in response to its invasion of Ukraine.

The 88-meter (289-foot) “Amore Vero” landed at La Ciotat on January 3 and was scheduled to stay there until April 1 for repairs, according to a statement released by the finance ministry on Thursday.

But on Wednesday, customs officers noted the yacht was “taking steps to sail off urgently, without the repair works being over”, the statement said, adding that the officers therefore decided to seize it.

The finance ministry said the yacht belongs to a company whose main shareholder is Sechin, a close ally of Russian President Vladimir Putin.

It did not name the company.

Monaco-based Imperial Yachts, which according to Refinitiv data is linked to Amore Vero, told news agency the yacht was owned by a firm called Kazimo, which appointed them as managers of the boat in 2018.

“The individual you name is not connected with either Kazimo nor the yacht,” a representative for Imperial Yachts told Reuters when asked about Sechin.

“Kazimo’s lawyers are in touch with French Douane in order to correct the record,” they said.

The finance ministry did not immediately return a request for comment.

The superyacht was built by Oceanco in the Netherlands and delivered to its owner in 2013, according to yachtcharterfleet.com, which says its on-board features include a beauty salon and gym. It sails under the flag of the Cayman Islands, according to Eikon data.

Sechin is seen as one of Russia’s most powerful men who has worked with Putin since the 1990s when they both worked in the Saint Petersburg mayor’s office.

French authorities on Thursday also seized a Russian-owned cargo vessel at the port of Lorient, Brittany.