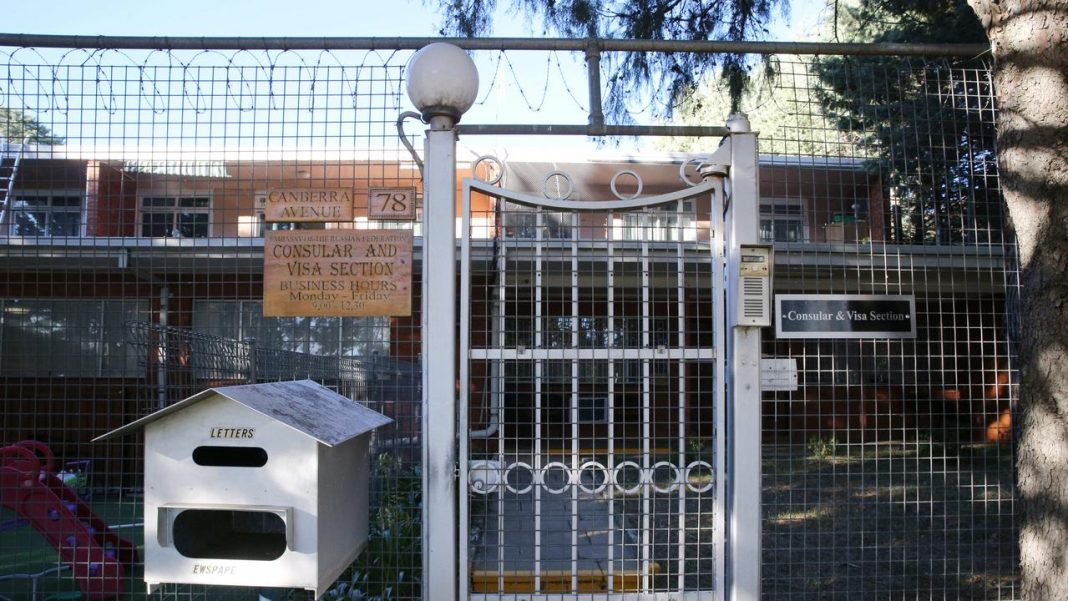 West News Wire: The Russian Embassy in Australia was evacuated on Thursday after it received a suspicious package, local media reported.

According to Sky News, the embassy in Canberra was delivered an envelope containing white powder, which caused panic.

Police and emergency services reached the spot, evacuated the site and cordoned the area around the embassy.

Police spokesman confirmed the development, saying: “A cordon is in place and the public is urged to avoid the area until further notice.”

The Australian government stood with its western partners and imposed economic sanctions and travel ban against Russia and its top officials after it attacked Ukraine.

On Wednesday, the Russian Embassy warned local Australians to refrain from derogatory remarks on their social media pages after a protest was held outside its premises.

“Dear followers, We kindly ask you to communicate in a decent manner. In accordance with our moderation policy Embassy reserves the right to remove any derogatory or obscene content and terminate access to its social media pages for the authors of such comments and publications,” the embassy had tweeted.