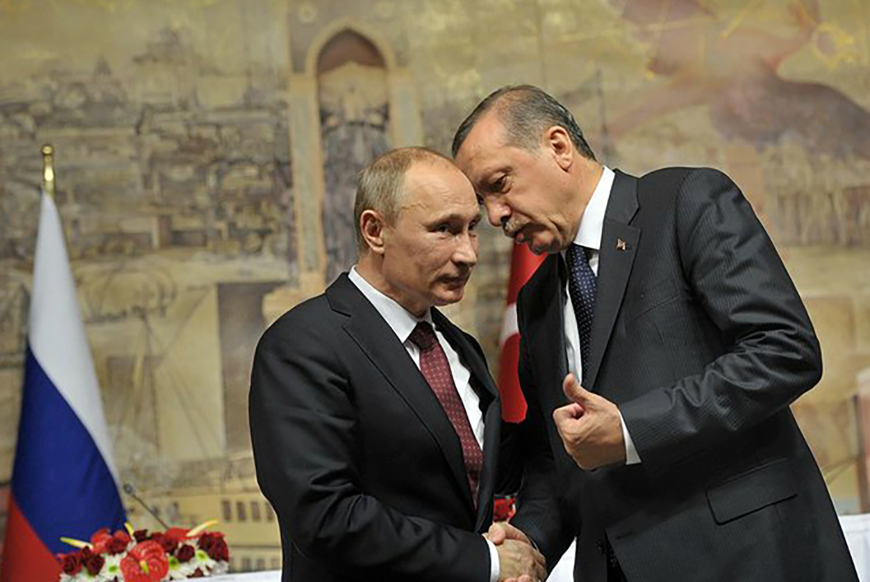 West News Wire: Recep Tayyip Erdogan, the president of Turkey, stated in an interview with the PBS NewsHour program on Monday that Russian President Vladimir Putin wants to see a quick resolution to the war in Ukraine.

Erdogan claimed that during the Shanghai Cooperation Organization (SCO) summit last week, he had “extensive contacts with Putin in Uzbekistan.”

“I came to the realization that they are truly working quickly to complete this. The Turkish president remarked of the turmoil in Ukraine, “This scenario is a tremendous problem.

In order to resolve the issue, which has been going on since late February, Erdogan, who is in New York for the UN General Assembly, said he wanted Putin and Ukrainian President Vladimir Zelensky to have a direct conversation.

“We have a persistent desire to bring these leaders together. Let’s bring them together. I want to hear everything from them. We haven’t succeeded yet, but I’m not without hope,” he stated.

The Turkish president claimed to have told both Putin and Zelensky that a negotiated end to the fighting is needed because “nobody will be winning at the end of the day.”

The Kremlin earlier said the Russian and Ukrainian leaders should only meet to sign concrete agreements prepared for them by their negotiators.

Turkey has maintained contacts with both Moscow and Kiev throughout the hostilities. It condemned the use of force by Russia, but at the same time refused to join the international sanctions against Moscow. Ankara was also involved in the UN-brokered deal to allow export of grain from Ukrainian ports, agreed between Russia and Ukraine in July.

Russia recently complained that the part of the agreement which calls for Western countries to remove obstacles to food product shipments remained unfulfilled.