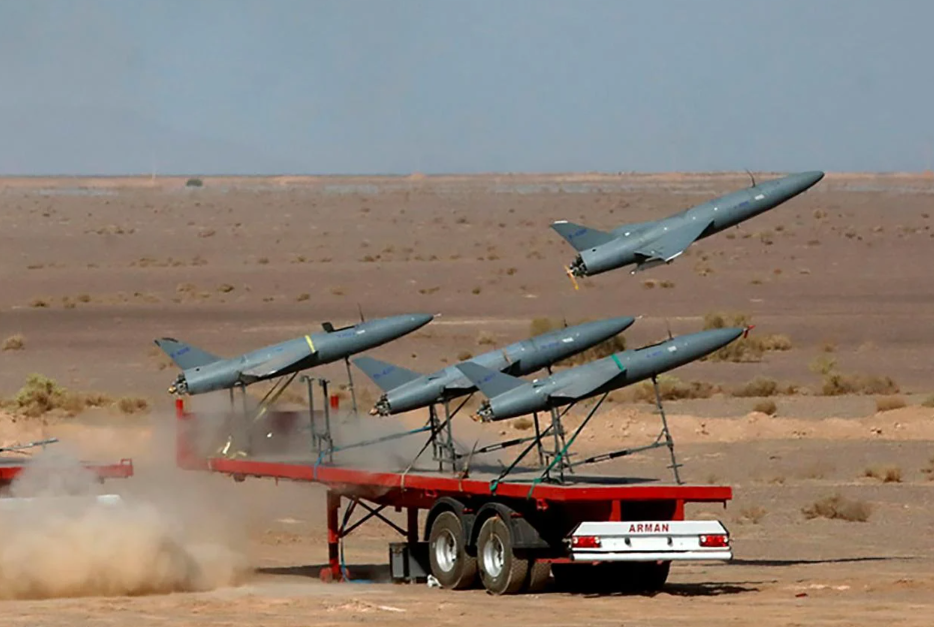 West News Wire: The acquisition of Iranian drones for Moscow’s ongoing military invasion in Ukraine is the reason the United States has declared it will impose sanctions on three Russian entities.

US National Security Council spokesperson John Kirby stated that sanctions would be put in place against organizations “in the forefront in terms of acquiring and using Iranian drones” at a briefing at the White House on Friday. He mentioned two of the organizations the Russian Aerospace Forces and the 924th State Center for Unmanned Aviation of the Russian Defense Ministry but left out the name of the third.

In defiance of restrictions imposed on Tehran, Washington alleges Moscow has been buying Iranian weapons and drones illegally and passing them off as Russian-made. Kirby further claimed that Iran and Russia were involved in the process of establishing a joint production facility for unmanned aerial vehicles.

Kiev has also insisted that the drones that are striking targets across Ukraine are Iranian and contain mostly US-made components and elements from a number of other countries, including Ukraine itself.

Both Moscow and Tehran have denied the allegations. Iranian Foreign Minister Hossein Amir-Abdollahian said in October that his country had “not sent, nor will it send, any weapons to Russia to use in the Ukrainian war,” explaining that Irainian officials believe the conflict should be resolved peacefully.

He admitted, however, that Iran did at one point supply drones to Russia, but clarified that this was done in “small quantities” and “several months” before the conflict in Ukraine began.

Amir-Abdollahian has also blasted the West for pumping Kiev with weapons, which he claimed only served to prolong the conflict.

Moscow, meanwhile, has repeatedly claimed that all the weapons used by Russian troops in Ukraine come from domestic stockpiles and has also condemned the US and its allies, accusing them of fueling the conflict by supplying excessive amounts of military aid to Kiev.