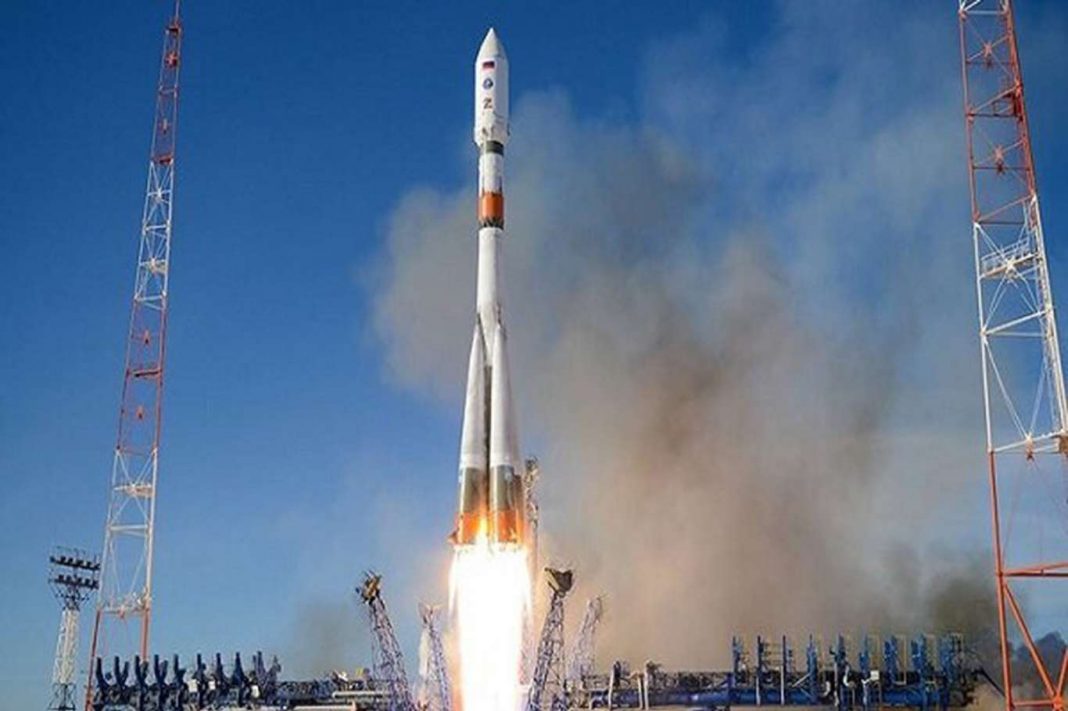 West News Wire: Tehran and Moscow have reportedly begun “strategic” aerospace collaboration with the launch of the Iranian “Khayyam” satellite into orbit from the Baikonur cosmodrome in Kazakhstan, which is run by Moscow.

The Soyuz-2.1b rocket carrying the Fregat upper stage launched the Khayyam satellite into orbit on Tuesday from the Baikonur Cosmodrome in neighboring Kazakhstan.

According to reports, the Iranian Space Agency’s (ISA) Mahdasht space base has received the first telemetry data from the Khayyam satellite.

Telemetry refers to the collection of measurements and onboard instrument readings necessary to determine the condition and status of each satellite subsystem.

An ISA representative named Saeed Seddiqian said that thus far, the satellite launch has been successful and that scientists in Iran are awaiting a signal.

According to the reports, the satellite will be placed in an orbit of 500 kilometers above the Earth’s surface. It will send high-resolution images four times a day.

Imagery from Khayyam will be used to monitor Iran’s borders and improve the country’s capabilities in management and planning in the fields of agriculture, natural resources, environment, mining, and natural disasters.

In a Sunday statement, the ISA rejected recent reports that claimed Moscow might maintain control of the satellite temporality to use it in the ongoing Russia-Ukraine conflict.

The ISA statement dispelled the unfounded suspicions and said that the Khayyam satellite will be fully controlled by Iranian experts and technicians based inside Iran from the very beginning of its launch.

It added that it is impossible for any country or entity to access the satellite other than Iran because it is equipped with encrypted algorithms designed by ISA’s researchers.

The statement came after a Thursday report on the website of the American newspaper the Washington Post alleging the Iranian satellite is supposed to aid Russia’s own war effort in Ukraine.

The report, citing an unnamed Western security official, claimed that the satellite is aimed to enhance Russia’s “surveillance of military targets” in the Ukraine conflict.

Iran has taken giant strides in the field of science of technology in recent years, despite crippling US sanctions, which is evident from its satellite launches.

The IRGC successfully put Nour-2 (Light-2) into orbit on March 8. The homegrown satellite was launched with a three-stage satellite carrier, dubbed Qased (Messenger), from a launchpad in Dasht-e Kavir, a large desert in central Iran.