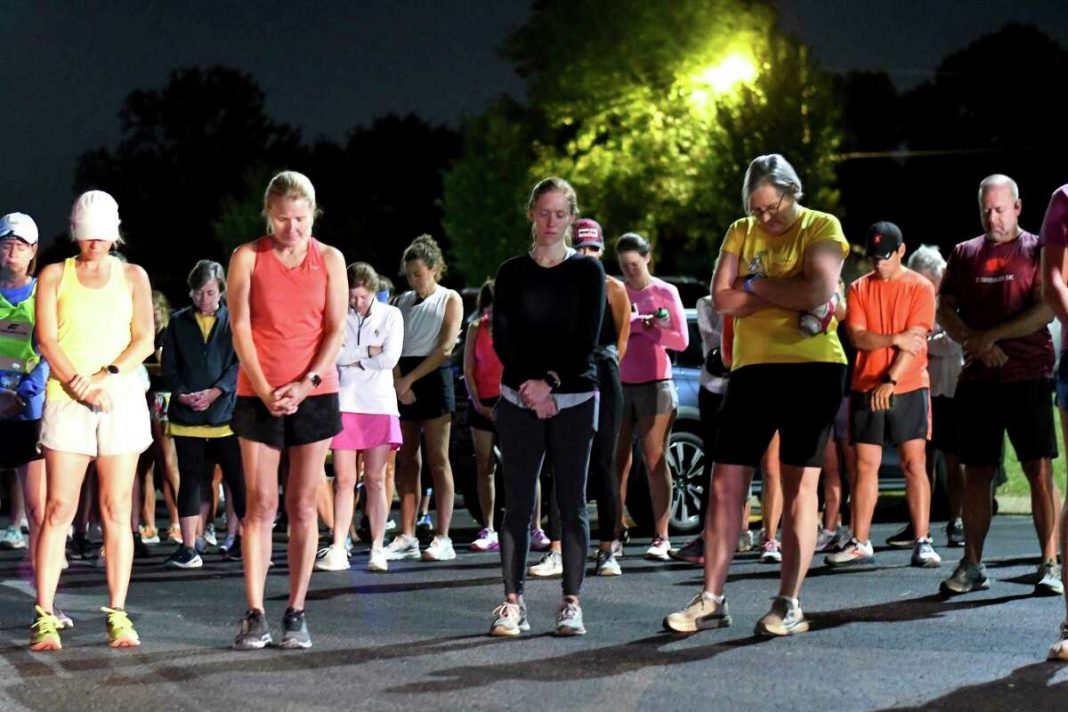 West News Wire: Early on Friday morning, runners from all over the nation gathered to celebrate and remember the life of Eliza “Liza” Fletcher, a mother and teacher from Memphis who was kidnapped while jogging and later discovered dead.

According to an affidavit, Fletcher, a 34-year-old marathon runner, was reported missing by her husband on September 2 when she failed to return home from her usual 4 a.m. run.

She was last seen wearing a pink top and purple shorts while walking her 10-mile route in midtown Memphis at 4:20 a.m., according to police, when she was accosted by a man and dragged into a car. Video surveillance captured the brutal kidnapping.

In the hours after her abduction, her relatives begged for information on her location. Her remains were found in a South Memphis residential neighborhood several miles from where she was abducted and identified Tuesday, police said.

A suspect in the homicide, 38-year-old Cleotha Henderson, was arraigned on Wednesday on charges of first-degree murder, premeditated murder and first-degree perpetration of kidnapping. He has yet to enter a plea on the charges and is next scheduled to appear in court on Sept. 19.

Fletcher’s murder prompted outrage and heartbreak from runners, many of whom took to the streets following her disappearance in pink tops and purple shorts to work out in her honor. On Friday, a week after what turned out to be her last run, thousands of people across the country set out to finish it.

In her hometown of Memphis, hundreds held candles during an early-morning vigil for Fletcher.

“#Memphis is one of the greatest cities in America. The outpouring of love for #ElizaFletcher and our community this morning is another reason why,” Shelby County Mayor Lee Harris said on Twitter. “We will not recede into the shadows. We’re going to let it shine.”

Several women have been killed during runs in recent years, highlighting the ongoing dangers that face female runners.

“You can go out at noon and suffer harassment or suffer violence. Women know that all too well, whether it’s running or just in their daily life,” Beth Meadows, the race director at Nashville Running Company, told WKRN at the city’s run on Friday. “That’s another reason to why I think everyone across the country is running at this time of day, to say, you know, women should be safe at all hours.”

Jenny Fogo organized a run in honor of Fletcher in Chattanooga, Tennessee.

“Like so many women today, I feel that I am Liza I am a mom, and I a wife, a runner,” she told WTVC. “For her situation to end up the way it did is just horrifying and hard to wrap your head around.”

The runs come as Fletcher’s loved ones will soon gather to lay her to rest, with funeral services scheduled for Saturday morning.