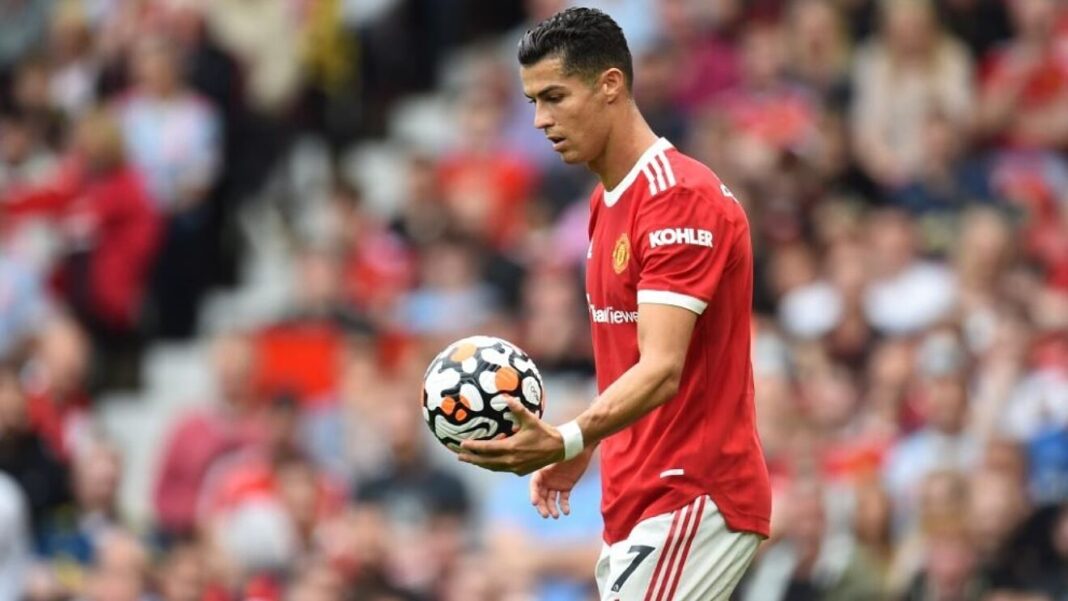 West News Wire: Cristiano Ronaldo is making more history in the Champions League. The Portugal striker tallied 178 Champions League appearances to be the record holder in this field.

The 36-year-old Portuguese football superstar scored a narrow angle goal in the 95th minute at Old Trafford in Manchester to clinch victory for the Red Devils. He tallied 178 Champions League appearances to be the record holder in this field.

But Manchester United‘s Brazilian left back Alex Telles pulled level in the 60th minute with a left footed volley outside the penalty box.

Bruno Fernandes whipped a cross from a freekick to assist Telles.

Near the end of the match, Ronaldo scored for his team to seal a home win for Manchester United.

Third place Man Utd have three points in Group F led by Atalanta, who have four points after second matches.

Villarreal have one point in two matches, so the Yellow Submarine are at the bottom of the group without any win.

Benfica’s Portuguese forward Rafa Silva put the ball into Barcelona’s net in the second half.

In the 87th minute, Barcelona defender Eric Garcia was sent off after a foul. He was previously booked.

Read More
Manchester United's match against Brentford gets postponed, But Why?

This season, Barca have lost their two Champions League matches to sit in last position in Group E without any points.

Benfica are trailing behind the leaders with four points.

Third-place Dynamo Kyiv have one point in two matches.

– Lille lose, but Burak Yilmaz goes down in history

France’s Lille lost 2-1 to RB Salzburg in a Group G match in Austria.

Victorious Salzburg’s forward Karim Adeyemi, 19, converted two penalties successfully in each half for his club.

Lille forward Burak Yilmaz scored from a freekick in the 62nd minute, but it was not enough for the French team.

UEFA confirmed that Yilmaz, at 36 years and 76 days old, became the “oldest Turkish goalscorer in the Champions League.”

Group G is led by Salzburg as the Austrians have four points.

Lille have one point to be in last spot.