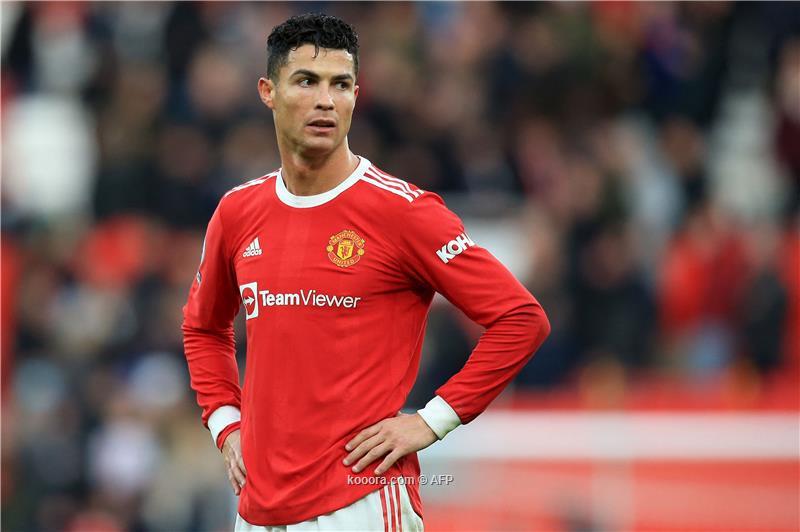 West News Wire: Wantaway Cristiano Ronaldo, the star forward for Manchester United, may be tempted to spend his golden years in the Middle East after allegedly receiving a staggering $300 million offer from an unnamed club.

The 37-year-old multiple Ballon d’Or and Champions League champion is searching for a new job that will allow him to play soccer in the premier UEFA club competition.

But the Portuguese is out of options after being rejected by clubs like Paris Saint-Germain, Chelsea, and Bayern Munich.

However, if Ronaldo wants big money, he should look no further than Saudi Arabia, where a club has allegedly made him an eye-watering €300 million ($300 million) proposal, according to TVI and CNN in his native country.

Ronaldo still has a season left on the United contract he signed last summer when joining from Juventus, and the Saudi offer would also see him ply his trade in the Middle Eastern country for two years.

The lion’s share of the money, €250 million ($250 million), would then be divided across two seasons for the player as the remaining €20 million ($20 million) would go to his super agent Jorge Mendes.

AS in Spain say that Ronaldo is still intent on spending at least one more term in the elite in Europe, however, which means he is not considering the Saudi offer at present.

With what could be his final World Cup on the horizon in November, Ronaldo remains confident that one of the Old Continent’s giants will snap him up before the transfer window closes on September 1.

Until then, Ronaldo continues not to take part in United’s preseason preparations which began in Manchester on Monday last week and headed to Asia on Friday.

On Tuesday, Erik ten Hag’s men thrashed bitter rivals Liverpool 4-0 in Bangkok and are now Down Under for a string of friendlies in Australia before their Premier League campaign kicks off on August 7 against Brighton.

Ahead of United’s game against Melbourne Victory at the iconic MCG cricket ground, Ten Hag said: “We made a statement and nothing has changed,” as per the status of Ronaldo, who is citing family reasons for his no-show.

“We are planning for Cristiano Ronaldo for the season and that’s it. I’m looking forward to working with him. Cristiano is not for sale. He is in our plans and we want success together,” was what Ten Hag stated in Bangkok.

“He’s not with us and it’s due to personal issues,” the Dutchman added.

“I spoke with him before this issue came up. I had a conversation with him and I had a good talk. That is between Cristiano and me.”

As per Chelsea, it is believed that Thomas Tuchel doesn’t want Ronaldo at Stamford Bridge despite his admiration of the player and new owner Todd Boehly reportedly being “intrigued” by possibly landing the ex-Real Madrid icon.

Speaking to Sky Sports News in the UK, the German refused to comment on the rumors linking his club to Ronaldo and said that signing another forward after Raheem Sterling has already been secured from Manchester City is “not the priority”.

“I would not rule it out [signing another striker] but right now it is not the priority. The priority right now is defense, it’s not a secret. From there we need to see what’s possible,” said Tuchel, who is now focusing on strengthening his backline.

Also questioned on the matter by a fan while signing autographs, Tuchel laughed and said: “I’m not telling you” with regards to potentially landing Ronaldo.