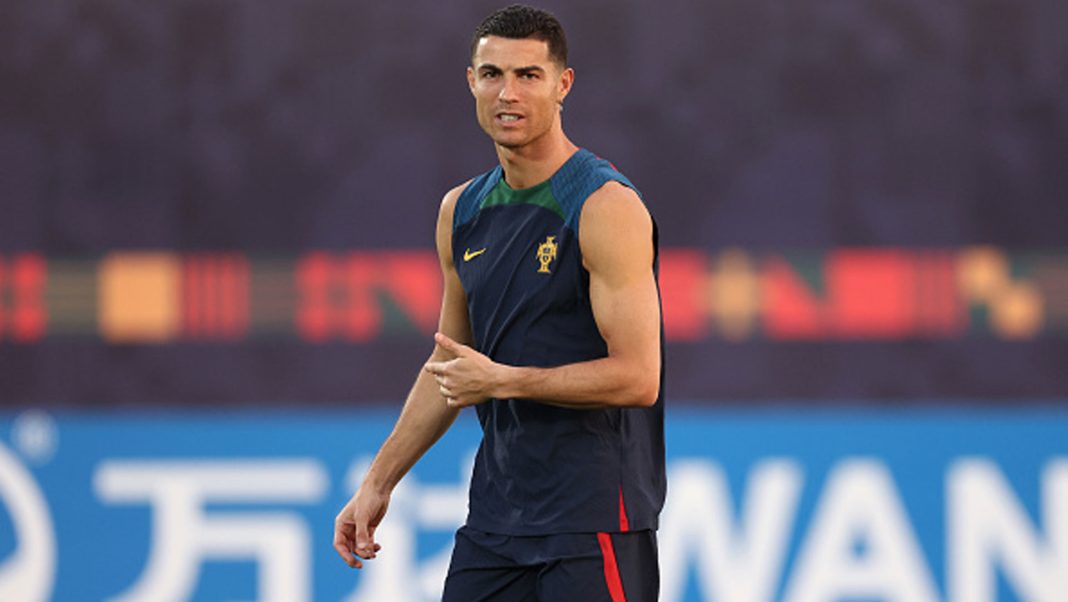 West News Wire: Cristiano Ronaldo allegedly threatened to leave the Portugal team camp at the World Cup in Qatar, according to media sources. The Portuguese Football Federation (FPF) has refuted these claims.

The national soccer association said on Thursday: “The FPF reaffirms that at no time did the captain of the team, Cristiano Ronaldo, threaten to leave the national team at any stage in Qatar.”

In Portugal’s triumph over Switzerland, “the degree of commitment of Portugal’s most international appearances player was once again exhibited.”

After the FPF announcement, Ronaldo reaffirmed his dedication to Portugal and the team.

The 37-year-old stated on Twitter that they were “a group too united to be broken by external forces.”

“A nation too brave to be afraid of any adversary. A team in the true sense of the word, who will fight for the dream to the end! Believe with us!”

Ronaldo, who led the national squad in training on Thursday, was benched by coach Fernando Santos for the start of Portugal’s round-of-16 clash against Switzerland.

The five-time Ballon d’Or winner only came on in the 73rd minute.

It was the first time that Portugal’s all-time top goal scorer was not named in the national starting team for a game at a major tournament since 2008.

Goncalo Ramos, the youngster named in Ronaldo’s place in the starting 11, who was just two years old when Ronaldo made his international debut, burst onto the world stage with a hat-trick in the absence of the old master.

The team scored five goals without his iconic presence on the field, with the game finishing 6-1 to the Navigators.

“He hasn’t spoken to us about it because he never wanted to leave,” Portuguese midfielder Otavio told reporters.

“On the contrary, he always wants to help, playing or not playing. As I have said, he is our captain and when he talks to us it’s only to say good things. The national team supports him, there is not doubts about it.”

Ronaldo has been cast adrift at this World Cup, leaving his Manchester United club during the tournament amid a media implosion in which he lashed out at the team manager and the club’s owners.

His future has remained unclear, and with few clubs with pockets deep enough to afford his wage bill, several reports have suggested he will go on to play for the Al-Nassr megaclub in Saudi Arabia after the World Cup.

Real Madrid coach Carlo Ancelotti also sprang to Ronaldo’s defence, highlighting his professionalism during his time at the Spanish club.

“I’ve coached him for two years and there were no problems,” he told Italian newspaper Corriere dello Sport. “In fact, he solved them for me. Cristiano trains well, he pays attention to detail, everything was easy for me to manage. He is an exceptional player.”

“Cristiano Ronaldo builds each day a unique record at the service of the national team and the country,” the Portuguese football federation said.