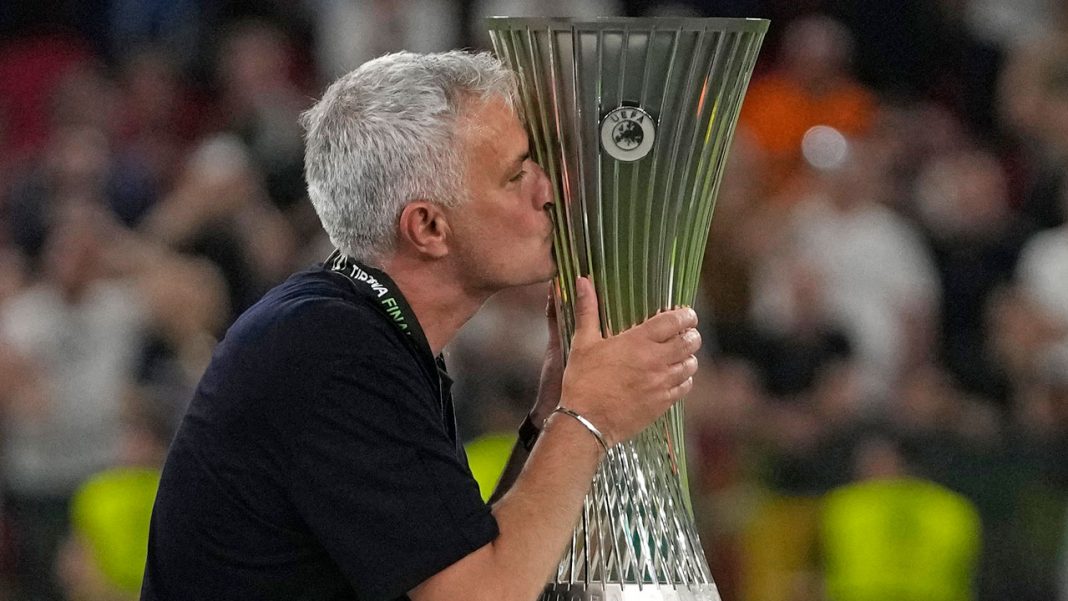 West News Wire: After a 1-0 win over Feyenoord in the Europa Conference League final in Albania, Nicolo Zaniolo’s goal gave AS Roma their first major European title in more than 60 years, capping a historic European trophy collection for Jose Mourinho.

Mourinho, who previously won the Champions League, Europa League, and UEFA Cup with different clubs, can now add the third-tier European crown the Italian club’s first trophy in 14 years to his trophy cabinet.

With a superbly taken finish in the 32nd minute, the 22-year-old Zaniolo secured Roma victory on Wednesday, becoming the first Italian to score in a European final since Filippo Inzaghi against Liverpool in the 2007 Champions League.

Roma, whose only previous continental title was the old Fairs Cup in 1961, held off a spirited comeback from their Dutch opponents, who were twice denied by the woodwork in the second half.

That ensured that Mourinho became the first manager to win a European trophy with four different clubs, after previous successes at Porto, Inter Milan and Manchester United.

“We are a real team, we proved that. Now we have to celebrate and then start again, which is always difficult after a great victory, but a real team wins, celebrates and starts again,” Roma captain Lorenzo Pellegrini told Sky Sport Italia.

“I said yesterday that I never would’ve imagined at the age of 25 to achieve this with the Roma jersey and the captain’s armband. It is a wonderful moment.”

“Today wasn’t work, this was history,” Mourinho said. “Either you write it or you don’t and we wrote it. I’ve been at Roma for 11 months and I realised the moment I arrived what it meant – that they were waiting for this.”

Given that both Roma and Feyenoord came into the contest having already secured Europa League football for next season through their domestic league position, it was all about the glory in Tirana.

Early on it looked like there was only going to be one winner, as Roma dominated the opening exchanges, without troubling Feyenoord goalkeeper Justin Bijlow, playing his first match since March 10.

“We put the pressure on them and then you saw they had trouble dealing with us. But unfortunately it wasn’t good enough. It’s especially terrible that we can’t take the cup to Rotterdam.”