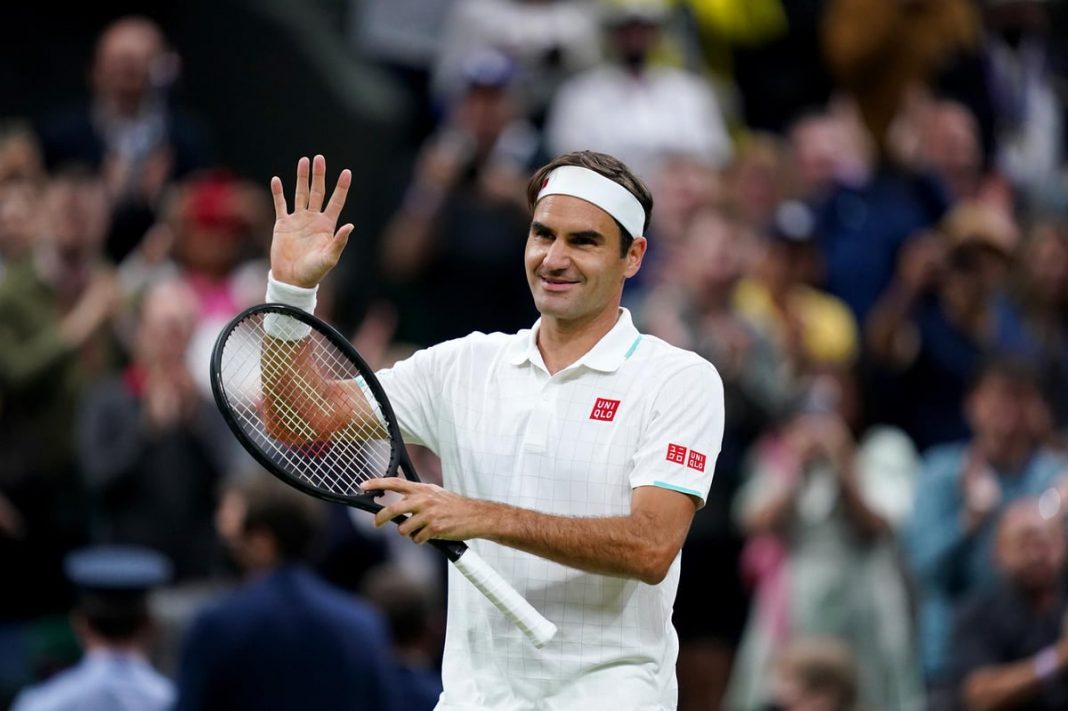 West News Wire: The legendary tennis player Roger Federer has announced his retirement from the game, stating that the Laver Cup in London the next week will be his final ATP competition.

As many of you are aware, I have faced difficulties over the past three years as a result of injuries and operations. I’ve put a lot of effort into getting back to my best for competition. But I am also aware of my body’s capabilities and limitations, and lately, it has been very kind to me. The Swiss, who has 20 Grand Slam men’s singles victories, declared on social media on Thursday, “I am 41 years old.

“In the past 24 years, I have participated in more than 1,500 matches. Tennis has been more kind to me than I could have ever imagined, so now I must say thank you.

“The Laver Cup next week in London will be my final ATP event. I will play more tennis in the future, of course, but just not in Grand Slams or on the tour.”

Federer has been out of competitive action since a quarter-final loss at Wimbledon last year, before undergoing another bout of knee surgery.

His last grand slam title came at the 2018 Australian Open before injuries really began to hit. He has been usurped as the most successful men’s grand slam singles player of all time by great rival Rafael Nadal, who now boasts 22 titles, while Novak Djokovic has 21.

But the numbers only tell part of the story. Many pundits agree no male player has ever made tennis look so effortless and few have been as courteous on and off the court.

His first grand slam win came at Wimbledon in 2003 when he finally fulfilled his immense talent after a few missteps as a young player on tour.

The once pony-tailed player soon completely dominated the ATP Tour and the grand slams, winning a record eight Wimbledon singles titles in all, including five in a row before an epic final loss to Nadal in 2008.

Read More
Sergio Aguero has announced his retirement from the football

He was world number one for a record 237 consecutive weeks as he racked up six Australian Opens, five US Opens and eventually the 2009 title at the French Open to complete the set.

A gold medal in the Olympic doubles in 2008 and a silver in singles in 2012 were also highlights as well as six end-of-season Tour Finals triumphs and the 2014 Davis Cup with Switzerland.

Tributes to Federer poured in from across the tennis and sporting world.

“I wish this day would have never come. It’s a sad day for me personally and for sports around the world,” Nadal said. “It’s been a pleasure but also an honour and privilege to share all these years with you, living so many amazing moments on and off the court.”

“He has the most complete game of his generation and captured the hearts of sports fans around the world with an amazing quickness on the court and a powerful tennis mind,” she said.

US former tennis star Andy Roddick, who lost three Wimbledon finals to Federer, tweeted: “Cheers Roger. Thanks for the shared memories my friend. It was an honor to share time/experiences on the most hallowed grounds in our sport.”

Wimbledon said on Twitter: “We will so miss the sight of you gracing our courts, but all we can say for now is thank you, for the memories and joy you have given to so many.”

Federer’s charisma and genial personality also made him a role model for fans across generations.

“He redefined greatness on the court while his champion spirit, sportsmanship and the way he played the game thrilled audiences around the world for decades, inspiring so many to pick up a racket,” ATP chairman Andrea Gaudenzi said.

“Few athletes have transcended their field in such a manner.”