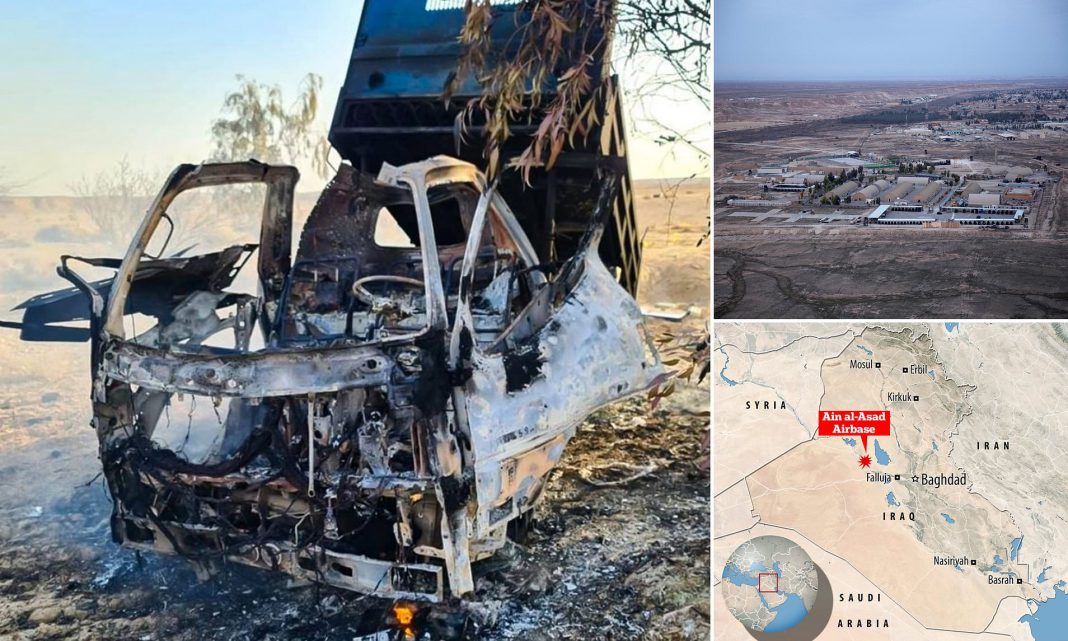 West News Wire: A rocket fire is said to have targeted Ain al-Asad Air Base in Iraq’s western region of Anbar, where American military soldiers and trainers are allegedly stationed on training and advisory missions.

He went on to say that the rockets landed on the outside of the air base and that there were no casualties as a result of the strike.

The report added that sounds of explosions could be heard around the city of Haditha, which is situated about 240 kilometers (150 miles) northwest of the capital Baghdad.

It noted that US military helicopters and reconnaissance drones flew over Khan al-Baghdadi area, which is located to the west of the Euphrates River between the Haditha and Heet cities within Anbar province, in the aftermath of the rocket strike.

No group has claimed responsibility for the attack yet, which is the latest in a series of assaults that have targeted US occupation forces over the past few months.

The attack comes amid growing anti-US sentiments, which have intensified since the US assassination of top Iranian commander Qassem Soleimani in 2020.

General Soleimani, the commander of the Quds Force of Iran’s Islamic Revolution Guards Corps (IRGC), and his Iraqi trenchmate Abu Mahdi al-Muhandis, the deputy head of the PMU, were targeted along with their companions on January 3, 2020, in a terror drone strike authorized by former president Donald Trump near Baghdad International Airport.

Two days after the attack, Iraqi lawmakers approved a bill that requires the government to end the presence of all foreign military forces led by the US in the country.

On January 8, 2020, the IRGC targeted the US-run Ain al-Asad in Iraq’s western province of Anbar after launching a wave of attacks to retaliate against the assassination of General Soleimani.

According to the Pentagon, more than 100 American forces suffered “traumatic brain injuries” during the counterstrike on the base.

Iran has described the missile attack on Ain al-Assad as a “first slap.”