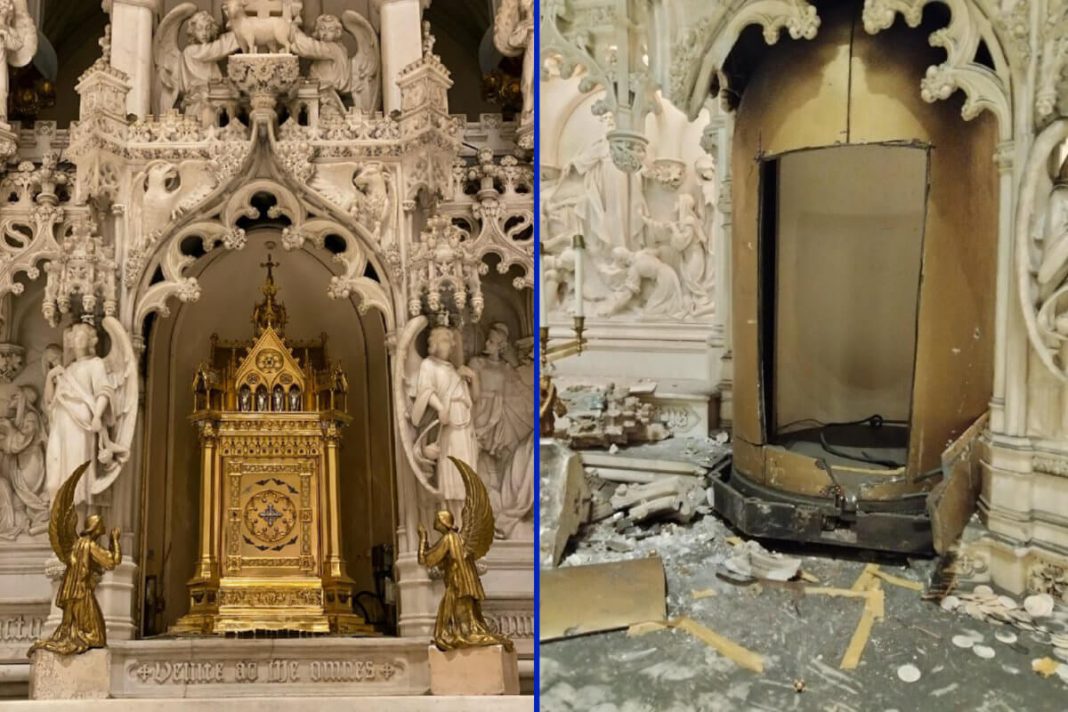 West News Wire: According to the Diocese of Brooklyn, the pure 18-karat gold tabernacle goes back to the 1890s.

The intruders broke into Park Slope’s Saint Augustine Roman Catholic Church and chopped through the metal container shielding the tabernacle.

According to New York WABC, the person is believed to have exited through the front entrance. According to WABC, the culprits also stole the security footage.

Authorities say an angel statue beside the tabernacle was also decapitated.

The theft took place sometime between Thursday night and Saturday afternoon, according to the New York Police Department. The pastor, who discovered the theft on Saturday, said he believes it took place on Friday.

“This is devastating, as the Tabernacle is the central focus of our church outside of worship, holding the Body of Christ, the Eucharist, which is delivered to the sick and homebound,” Father Frank Tumino, pastor at Saint Augustine, said in a statement. “To know that a burglar entered the most sacred space of our beautiful Church and took great pains to cut into a security system is a heinous act of disrespect.”

The burglars also apparently cut into a safe in the church’s sacristy, but there was nothing inside, according to WABC.

The Holy Eucharist, or communion, kept inside the tabernacle was also tossed all over the alter.