wnw24
Home Politics Riyadh’s precious gifts to Trump in 2017 turned out to be fake! 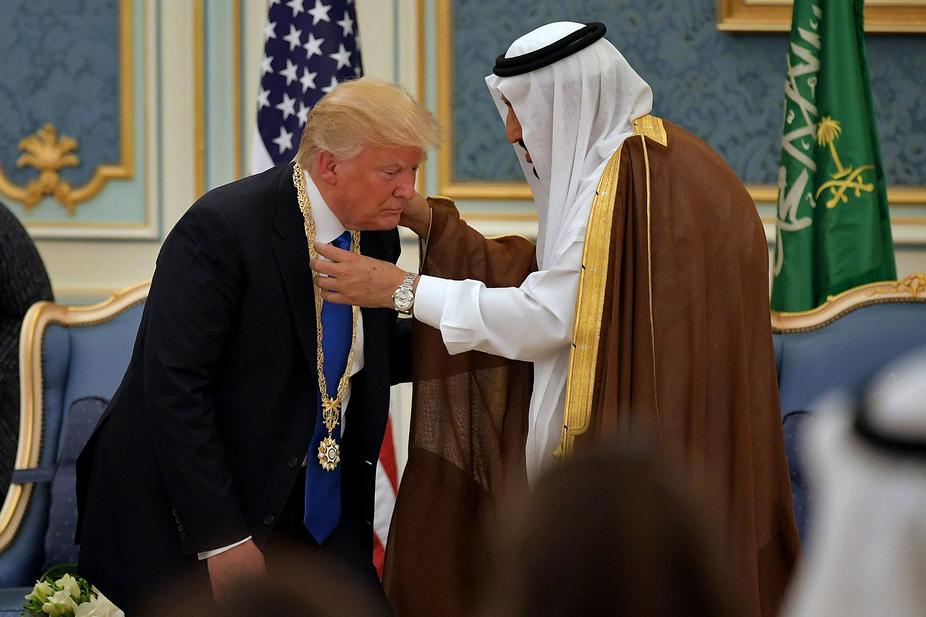 West News Wire: A Saudi royal family gifted former US President Donald Trump with several precious gifts, including three robes, made with white tiger and cheetah fur, and a dagger with the handle allegedly made of ivory. According to a report in the New York Times, the fur robes turned out to be fake.

The report comes in as the Inspector General of the US State Department is investigating allegations that political appointees during the Trump administration took gift bags worth thousands of dollars, originally meant for foreign leaders at the 2020 G7 summit last year in Camp David, Maryland, after it was cancelled due to the COVID-19 pandemic.

The report states that the Saudi royal family had given a total of 82 gifts to Trump and his entourage during May 2017 by the then-president to Riyadh. Nine of the most expensive gifts, including the fur robes and the daggers, were sent to the White House gifts unit to be assessed.

A White House lawyer determined that possession of the fur and daggers would likely violate the Endangered Special Act. However, the Trump administration failed to disclose them as gifts from a foreign government until 19 January this year, the last day of the Trump presidency. The furs and daggers were seized this year by the US Fish and Wildlife Service, which determined that the robes were fake. The furs had been dyed to “mimic tiger and cheetah patterns”.

The dagger appeared to have a handle that could “possibly contain tooth or bone of some variety”, but more analysis would be needed to confirm the possibility of ivory.

It is unclear if the Saudi royal family was aware of the fake furs or was deceived by a supplier. The Saudi Embassy in Washington declined to respond to the matter, as did a spokesperson for Trump.

The case of the fake furs highlights how the process of gift exchanges between governments, a highly regulated process in the US to protect administrations from questions of impropriety, devolved into shambles during the Trump era.

The State Department is still pursuing the whereabouts of over 20 instances of missing gifts, including a $5,800 bottle of Japanese whiskey that was given to then-Secretary of State Mike Pompeo, who says he never received it, and a 22-karat gold coin gifted to another State Department official.

According to a law passed in 1966, a US official can only keep a gift that fell under a certain minimum value, now set at $415. Further rules stressed gifts as government property and created a standardised process to deal with them. According to the rules, the government is required to annually disclose the gifts given by foreign governments to US officials and their appraised value.