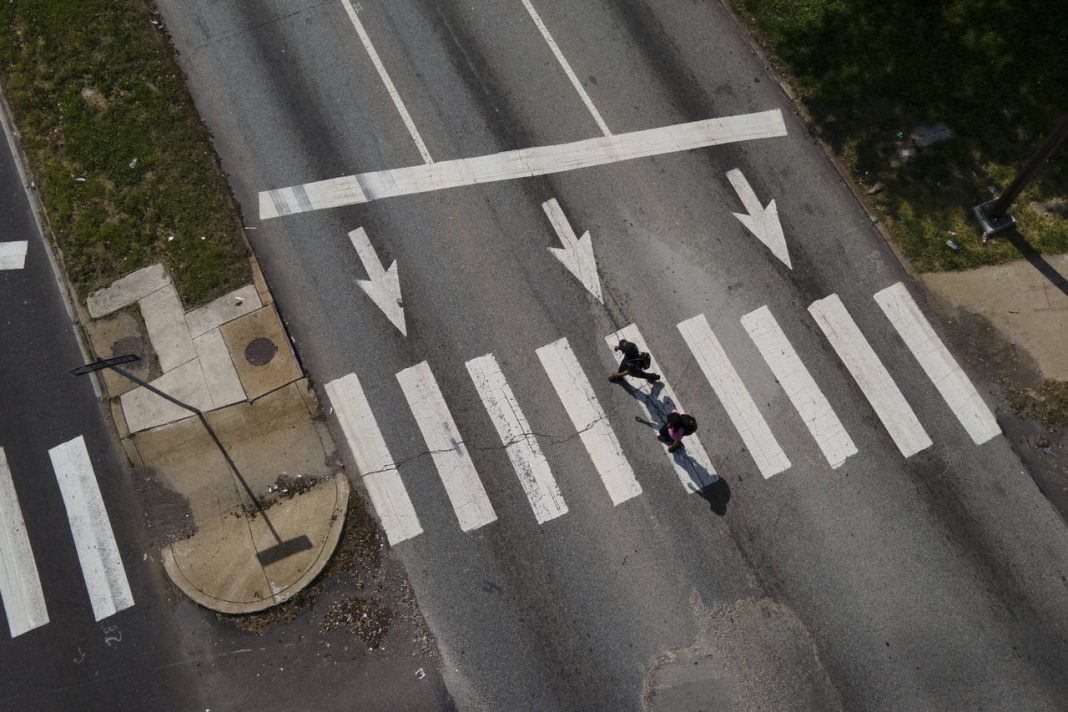 West News Wire: Latanya Byrd has been haunted by the concept for years after a car rushing down Roosevelt Boulevard in Philadelphia struck and killed her 27-year-old niece, Samara Banks, and three of Banks’ young sons as they crossed the 12-lane road. Many of the conditions that contributed to the tragic 2013 incident still remain today.

Since the crash, Byrd has become a champion for safer streets, lobbying to have automated speed cameras installed along the boulevard where, according to city officials, 10% to 13% of the city’s traffic deaths occurred each year prior to the coronavirus outbreak.

And now, amid a national spike in traffic fatalities that federal officials have labeled a catastrophe, and research indicating that Black areas have been hit more harder by the pandemic, plans to redesign the city’s “corridor of death” as some residents and safety advocates call Roosevelt could be gaining traction.

Roosevelt Boulevard is an almost 14-mile (23-kilometer) maze of chaotic traffic patterns that passes through some of the city’s most diverse neighborhoods and census tracts with the highest poverty rates. Driving can be dangerous with cars traversing between inner and outer lanes, but biking or walking on the boulevard can be even worse with some pedestrian crossings longer than a football field and taking four light cycles to cross.

“You would not design a street or a road like that today,” said Christopher Puchalsky, policy director for Philadelphia’s Office of Transportation, Infrastructure and Sustainability. “It feels like an expressway, but it’s in the middle and between neighborhoods.”

Roosevelt Boulevard was first designed in the early 1900s, but as the northeast neighborhoods grew and it was connected to a major highway in the 1950s, lanes were repeatedly added to handle the growing number of cars.

Many of the city’s ideas for fixing Roosevelt have been championed under new federal strategies. In the wake of increasing fatalities, Transportation Secretary Pete Buttigieg has pushed a “safe system” approach, encouraging cities and states to take into account more than just driver behavior when designing roads.

The Biden administration also created funding for safety improvements, including the bipartisan infrastructure law and a $5 billion federal aid package to cities over the next five years. Federal officials have pledged to prioritize equity when making funding decisions in the wake of a disproportionate 23% jump in Black traffic fatalities in 2020.

“We’ll certainly remind the federal government when we are applying for grants of the equity priorities that the leadership has set out,” Puchalsky said.

Kelley Yemen, director of Philadelphia’s Complete Streets program, said the city is hoping for federal money to begin a long-term redesign of Roosevelt outlined in a study released in 2019. The two options would either make the center lanes a restricted expressway or cut speeds and convert car lanes to bicycle and transit lanes. Both carry billion-dollar price tags.

Despite the impact, the cameras will sunset in 2023 unless extended by the Legislature.

The Federal Highway Administration gave states the green light this year to tap into federal funding to install speed cameras, saying they can reduce the number of injury crashes by 50%.

Byrd’s niece Samara Banks was 21 and pregnant with her first child in 2007 when she found a four-bedroom house a few blocks south of Roosevelt Boulevard.

Her family had reservations because she’d have to cross the boulevard any time she wanted to visit. But Banks’ mother had just died and she needed the larger home so she could take in her four younger siblings and raise her own family.